A video recap of what all transpired on the opening day of the fourth Test between India and England at the Ageas Bowl on Thursday.

England, after Joe Root opted to bat, lost two four wickets before lunch and then slumped to 86/6 in the afternoon, until Sam Curran put up tremendous resistance with a career-best 78 to get them to 246 on day one of the fourth Test at The Ageas Bowl. Curran scored 48% of the 160 runs that England s last four wickets added before he was last out, bowled by R Ashwin when attempting a big heave.

His partnership of 81 for the seventh wicket with Moeen Ali (40) and ninth-wicket stand of 63 in 57 balls with Stuart Broad wasted much of the good work India s pace attack had done, and could yet prove match-shifting. In four overs before stumps, India made 19 runs as the new ball continued to move wildly. 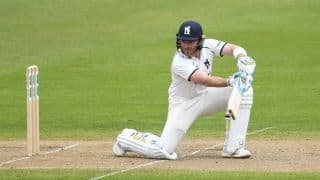