The fans inside the stadium just can't get over the hilarious incident which took place within a fraction of a second. 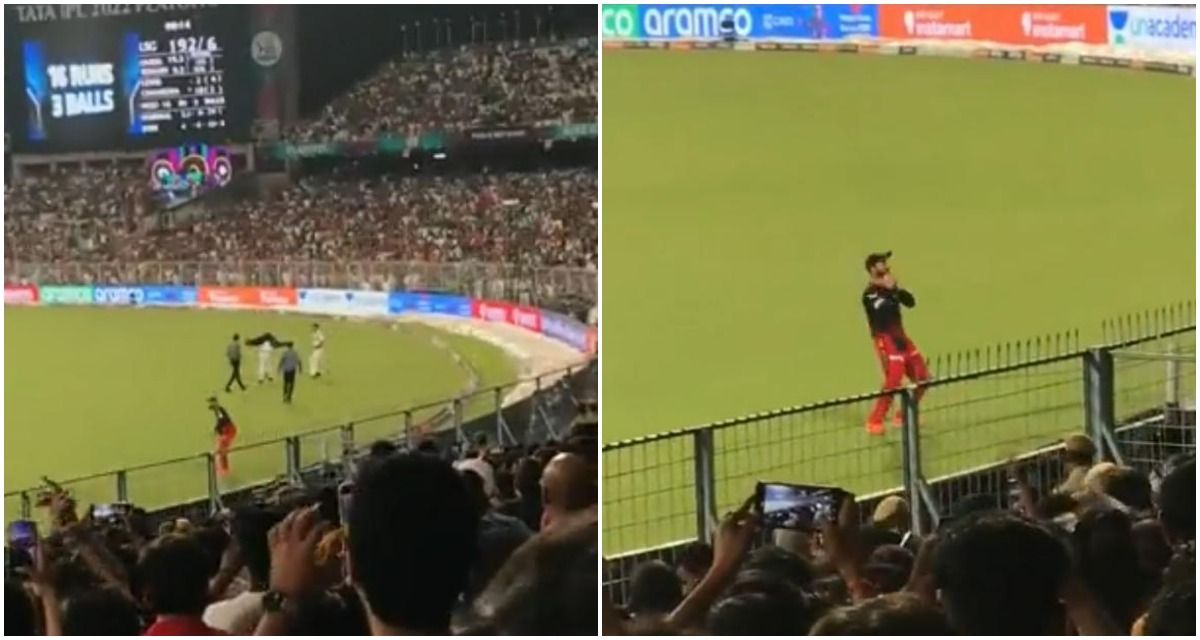 Kolkata: Eden Gardens routed for Royal Challengers Bangalore on Wednesday in the Eliminator match and Faf du Plessis and co didn’t disappoint their West Bengal fans as RCB went onto win the match by 14 runs. This was the 2nd IPL match in Kolkata after a gap of three years and you expect few pitch invaders, when you have someone like Virat Kohli playing.

During Lucknow Super Giants’ run-chase, a pitch invader burst into the ground to meet Virat Kohli but Kolkata Police barged in immediately and escorted the fan off the pitch by carrying him on his shoulder, which reminds fans of WWE Superstar John Cena. The quick action by the officer left Virat Kohli stunned, which made him mimic the action on his own. The fans inside the stadium just can’t get over the hilarious incident which took place within a fraction of a second.

Virat Kohli opened the innings for Bangalore and managed to score 25 off 24 deliveries. Rajat Patidar was the star of the show as his unbeaten 112 off 54 balls took RCB to a big total of 207. In reply, Lucknow skipper KL Rahul played a gutsy knock of 79 but failed to take his team over the finishing line as LSG were 14-runs short. 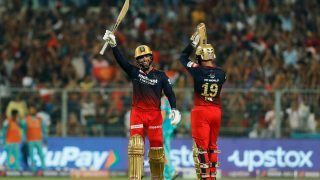 IPL 2022: Rajat Patidar postponed his marriage to play for RCB