Nepal will face the UAE in the final of the World Cricket League Division 2 on Thursday.

Another Nepal match, another last-ball finish. Nepal are making it a habit. However, this win was perhaps the biggest in Nepal s cricketing chronicles as they advanced to the World Cup qualifiers beating an in-form Canadian side. Chasing 195, Nepal were reduced to 144 for 9 in the 43rd over. Canada were a wicket away from advancement and it seemed like an end to Nepal s dream run.

Karan KC s List A batting numbers read 12 runs from 8 innings. He added a 51-run stand 47 balls with No. 11 Sandeep Lamichhane, who had never gone past 2 in List A cricket, to guide Nepal home. In a low-scoring game at Windhoek, Karan slammed an unbeaten 31-ball 42, consisting of 3 fours and 4 sixes.

The Nepal dressing room went berserk after the win.

The ecstasy of reaching the @cricketworldcup qualifier!

Inside the Nepal dressing room moments after they pulled off perhaps the greatest comeback in World Cricket League history to beat Canada by one wicket on the final ball! #WCL2 pic.twitter.com/ovQbLS1bnz

I can t speak, the last wicket made 50 odd runs, cricket is just a winner today, Paras Khadka confessed after the remarkable win. I feel for Canada, one in a million times you would win those games. Things have just worked out for us, we have been working so hard for all these years and eventually it has happened for us, I am speechless.

Nepal will face the UAE in the final of the World Cricket League Division 2 on Thursday. 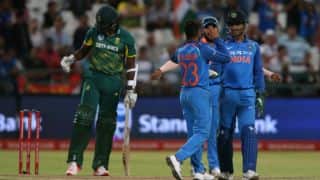 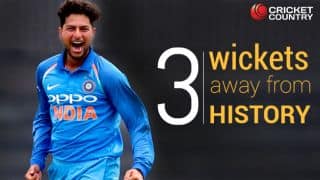