The piece of wood flew backward and Nevill was not aware of that as his focus was on the ball, the willow handle smashed in his face.

Australian wicketkeeper Peter Nevill had to walk back to pavilion after getting hit by a bat while keeping during the Big Bash League match between Adelaide Strikers and Melbourne Renegades. Nevill, keeping wickets for Renegades, was involved in a freak accident after batsman Brad Hodge s bat slipped out of his hand. He was taken to the hospital with a suspected broken jaw. The incident happened during Strikers’ chase of 172 against the Renegades. Hodge, who is also the captain of Strikers ,swung his bat hard to his the ball delivered by Thisara Perera of the first ball of the 18th over. Hodge struck the ball in the square-leg region but in this process, lost his bat as it slipped from his grip.

The piece of wood flew backward and Nevill was not aware of that as his focus was on the ball, the willow handle smashed in his face. The handle of the bat struck the right side of the face and he immediately was on the floor. Soon, he stood up and walked off from the field. Renegades skipper Aaron Finch took the wicketkeeping gloves for the rest of the match. In between, medical staff had rushed to aid Nevill with concern and it was probably hit near his eye. While walking back, the swelling on his right jaw-line was visible.

Brad Hodge just let go of his bat and it hit Peter Nevill in the face #BBL06 pic.twitter.com/6I4Wg2SvqC

He was taken to a local hospital from Adelaide Oval, where Nevill was expected to undergo X-rays for further assessment. Recently, Nevill was forced to leave the ground under the concussion last week after a return throw hit him in the head. 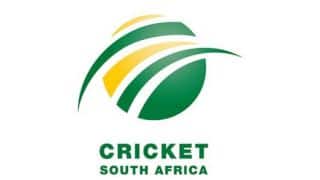 Domingo excited to usher in next generation of T20 cricketers