Birmingham: The appointment of Brendon McCullum as head coach has worked wonders for England. After being hammered by teams in the last few tears, England are finally achieving desired results. The inclusion of McCullum in the setup brought a change in their approach, where the team is ready to take risks and dictate terms. This new England looks a real force to reckon with and their recent performances against New Zealand and India have sent a clear-cut message to the cricketing world that England are up for every challenge.

In the recently concluded Test series against New Zealand, England followed an aggressive approach and their batters were given the licence to go after the bowling as if they are playing limited-overs cricket. The approach worked wonders as the team easily chased massive targets in all three games. However, their real Test was going to be against India. Chasing 380 in the 4th innings is not everyone’s cup of tea but England continued with their approach of aggressive strokeplay and chased the target without breaking a sweat, levelling the Pataudi Trophy 2-2.

Meanwhile, after defeat in the Edgbaston Test, India’s head coach Rahul Dravid was asked about his take on England’s Bazzball approach and if it will change the dynamics of Test cricket. Responding to the questions, Dravid said that he hasn’t heard about Bazball.

“Don’t really know what’s that,” Dravid responded to the question.

The Indian coach then heaped praise on the England team and said that chasing such a massive target was not easy. “I would definitely say that the kind of cricket they have been playing in the last few months has been really good. They have been really good at chasing. That chasing is not easy in fourth innings in England. Whatever brand of cricket one wants to play, it depends a lot of the players and the kind of form they are in presently. When the players are in good form, your obviously play a more positive game, like we did in that innings where Pant and Jadeja were batting,” he added. 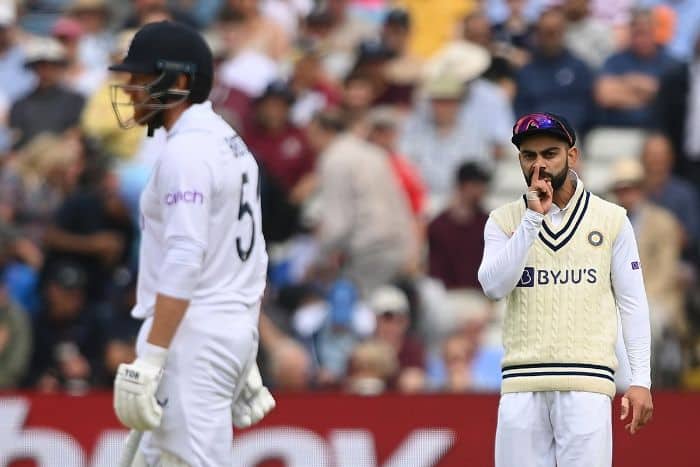