After the match, Shahrukh stepped on to the field with little AbRam and celebrated KKR's victory in style.

Bollywood’s badshah and superstar actor Shahrukh Khan is an avid sports lover. The Kolkata Knight Riders (KKR) co-owner makes it a point to watch his side play in the Indian Premier League (IPL) every year. However, his work commitments mostly keep him very busy and thus he misses out on watching most of the games. Shah Rukh Khan tweets on “sacrifices he makes for KKR”; readies himself for his first game this season.

On Wednesday though, King Khan was in attendance at the iconic Eden Gardens in Kolkata along with his little son AbRam to watch KKR take on Kings XI Punjab (KXIP). Shahrukh, who was watching KKR play live for the first time this season, proved to be the lucky mascot as his team prevailed in the end.

Later, after the match, he stepped on to the field with little AbRam and celebrated the victory in style. The father-son duo was in a playful mood and had a lot of fun. Well if both of them watch their side play live and win every time, the KKR will surely not complain. 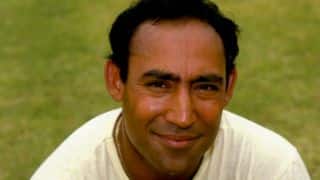 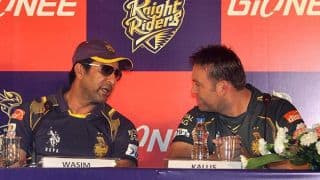