The 30-year old opener took to his official Instagram account to share an inspirational video where he is seen with two staffers from the Greater Noida hotel.

Indian opener Shikhar Dhawan, who recently got a fresh lease of life in the Indian team after he was selected to the squad for the New Zealand Tests, introduced his fans with two real life heroes. The swashbuckling southpaw is presently a part of India Red team playing the final of ongoing Duleep Trophy against India Blue at the Greater Noida Stadium near the capital. On Tuesday, rains played a spoilsport for the major part of the day, forcing players to stay indoors. It seems Dhawan made the most of the time as he caught up with two guys who he thinks can be ‘idols’ for many.

The 30-year old opener took to his official Instagram account to share an inspirational video where he is seen with two staffers from the Greater Noida hotel, where the two teams are staying. Dhawan introduces the two of them — Sanjay and Maanik — who are deaf and dumb. The duo came to meet Dhawan and take a picture with him. And when the cricketer learnt that they cannot speak or hear, he decided to capture a video with them and share it with his fans. He shared the brief video with this accompanying caption: “Love these moments when i meet those great people!!!Learn lots of things from them, yeh un sabke liye jo velle baithey rehte hain aur koi kaam nahi karte !!! Proud of these 2 boys!!”

Dhawan appreciates them in the video saying it is commendable how far they have reached despite their limitations. He goes on to describe them as ‘idols’ for many in the society and says he himself has lot to learn from them. The ‘Gabbar’ of Indian team finally concludes by saying that ‘both of them rock’. Through this video, he has tried to convey a message to all those who are perfectly fine yet do not do any work. He has asked all such people to look up to Sanjay and Maanik and take inspiration from them.

Dhawan himself has had a topsy-turvy ride in international cricket of late. There were talks that he might get dropped from the side to accommodate prolific scorer Gautam Gambhir in the side. However, the selector retained their faith in the struggling opener after the captain Virat Kohli and coach Anil Kumble threw their weight behind him. He has now a golden chance to repay the faith in the upcoming three-match Test series against New Zealand that commences from September 22. 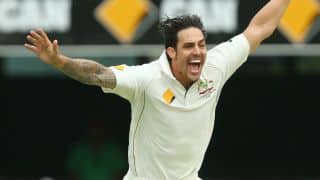