Gujarat Lions (GL) are playing their last match of this T20 league against Sunrisers Hyderabad (SRH) for whom it is a must-win situation.

As IPL 2017 is nearing its business end, one of the franchises will also bid adieu to IPL. Gujarat Lions (GL) are playing their last match of this T20 league against Sunrisers Hyderabad (SRH) for whom it is a must-win situation. Although GL had a great start in their maiden season making it to the playoffs, they were unable to maintain the momentum this time around. Ahead of their final game, skipper Suresh Raina shared a heartfelt message for his team management, players, support staff and owner Keshav Bansal. The video was posted by GL s official Twitter account minutes before the game went underway. Full Cricket Scorecard: Gujarat Lions vs Sunrisers Hyderabad, IPL 2017, Match 53

It’s our last match today and skipper @ImRaina has a special message for all our fans. Thank you all for the love & support! #GameMaariChhe pic.twitter.com/eEKIOfw8rm

In the 63-second video, Raina started off by thanking their home ground Saurashtra Cricket Association (SCA) in Rajkot. The support-staff were also thanked especially for imparting knowledge to the youngsters beginning with their head coach Brad Hodge, Mohammad Kaif, Sitanshu Kotak, Heath Streak and others. He also expressed gratitude towards the young Bansal and his teammates. Lastly, he thanked all his fans and requested them to continue to shower their support towards him in the next season as well where in all probability he will playing for a different side.

GL came into existence when BCCI replaced the two banned teams, Rajastahan Royals (RR) and Chennai Super Kings (CSK), for two years. Prior to GL, Raina has been a prominent part of CSK.

He has featured in all playoffs so far and this is the first time Raina would not be part of it. 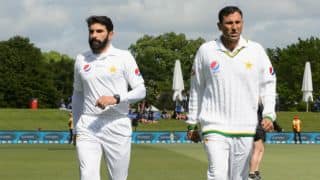 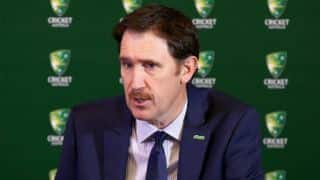