An excited Moores tried his luck and asked the goalkeeper for a training session.

Need to sort me out with a training session @D_DeGea #GOAT https://t.co/Wm2UxWOq5Z

Tom Moores, 21, is the son of former English coach Peter Moores, currently coach of Notts. Tom signed a two-year contract with the club in October. He has the big responsibility to fill in the large boots vacated by Chris Read. 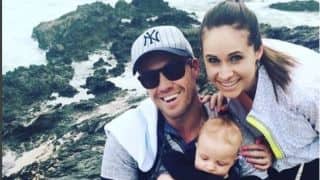