GT vs RCB: On Saturday, Kohli put his criticism to rest with his bat. He opened the innings with four consecutive fours and went on to score a fifty. IPL 2022, GT vs RCB | New Delhi: Virat Kohli’s performance against Gujarat Titans was exciting in multiple ways. For one, he scored fifty in the match. Second, this was his maiden fifty in the current season of the IPL. The feat came when the former Indian Skipper is being questioned about his form. In 9 matches before this one at Brabourne Stadium, Kohli had scored only 128 runs.

On Saturday, Kohli put his criticism to rest with his bat. He opened the innings with four consecutive fours and went on to score a fifty. But he was sent back to the pavilion by a brilliant yorker Mohammed Shami.

After the dismissal, Shami put his arm around Kohli to appreciate his knock.

Last year, Kohli had stood by Shami’s side when he was harshly criticised after a 10-wicket defeat to Pakistan in the T20 World Cup.

Kohli had said, “There’s a good reason why we are playing on the field and not some bunch of spineless people on social media that have no courage to actually speak to any individual in person.” 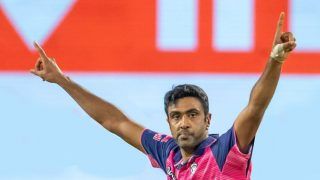 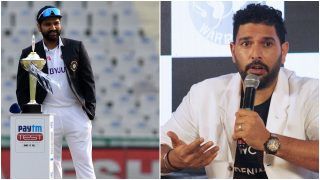