WATCH VIDEO | We Found a Way to Win it: Rahul Dravid's Gives an Inspiring Speech After India Beat Sri Lanka in Nail-Biter

WATCH VIDEO | We Found a Way to Win it: Rahul Dravid's Gives an Inspiring Speech After India Beat Sri Lank

Dravid has been known to get the best out of the young players.

New Delhi: India’s head coach Rahul Dravid was delighted after his team pulled off a thrilling three-wicket win over Sri Lanka in the second ODI at the R. Premadasa International Cricket Stadium on Tuesday. India was reeling at 193-7 while chasing a target of 276 runs but Deepak Chahar and Bhuvneshwar Kumar were able to get their team home.

Dravid gave an inspiring speech after the team won the game by three wickets. The head coach said, “They responded, we responded back. We had our backs against the wall but we found a way to win it. Very well done to all of you”.

DO NOT MISS THIS!

In the video, Bhuvneshwar Kumar said in the beginning, “It was great that we won the game despite being in a poor position and Deepak Chahar played a key role in getting us over the line”.

Deepak Chahar also stated that he had enjoyed himself on the field after delivering the goods with both bat as well as the ball. Chahar scalped two wickets and also scored an unbeaten knock of 69 runs to help the team win the thrilling contest.

On the other hand, Chahar had earlier revealed that Rahul Dravid had earlier told him to bat till the end and take the match deep. Chahar was also promoted ahead of Bhuvneshwar Kumar by Rahul Dravid.

India has taken an impregnable lead of 2-0 in the three-match series. The final and third ODI will be played at the same venue on Friday. 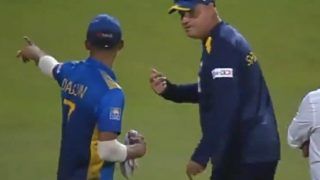 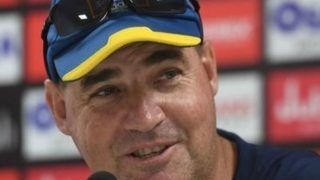 IND vs SL | "No Need to Make Mischief Out of it": Mickey Arthur Responds to Russell Arnold After Heated Argument With Dasun Shanaka