India retained the ICC Test Championship Mace after they ensured that they would finish the season as the No.1 Test side. Though India could not seal the Test series in South Africa, they competed hard against a strong host and managed to win the Johannesburg Test to finish with the scoreline of 2-1.

ICC released a video on social media where Kohli thanked fans around the world for their relentless support.

We promise you that we will keep the hard work going, we will try to entertain as much as possible and keep Indian cricket as high as we can for as many years as possible, Kohli said before describing the success as a collective effort from the team and the fans.

Kohli’s video after receiving the mace.

Watch: @imVkohli was awarded with the ICC Test Championship Mace last night in Cape Town, with India confirmed to be retaining the top spot in the @MRFWorldwide ICC Test Team Rankings at the April cut-off date! pic.twitter.com/37FJOgVxsb

Kohli’s message to the fans.

A message for all India fans from @imVkohli after India retained the ICC Test Championship Mace as the number one Test side! pic.twitter.com/vEVNrfcsZB

Kohli scored 871 runs in the tour of South Africa. He scored a Test hundred at Centurion in the second Test and was by far the best Indian player of the show. Kohli has been rested for the tri-series T20I in Sri Lanka and his next assignment will be the 11th edition of the Indian Premier League (IPL), where he will lead the Royal Challengers Bangalore (RCB). 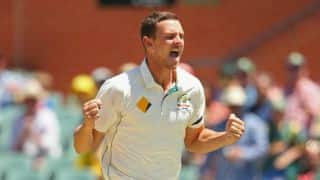