Virender Sehwag and Sourav Ganguly were present in the commentary box for the second ODI between India and Australia.

It all started with Virender Sehwag‘s taking a jibe at the selection process of Team India coach. He had mentioned that he missed out on the coach position due to lack of ‘setting’ with the people involved in the committee. Reportedly, former India captain Sourav Ganguly, who was a part of the selection process, did not take the comment well.

Later on, Ganguly tweeted that Sehwag is a dear friend, and everything is alright between them. However, most of us love to add spice to everything, that we like to believe the crux of a matter when the duo involved come out in the open together and deny any differences.

The second ODI between India and Australia, played at Eden Gardens (Kolkata), brought the two Indian greats together in the commentary box. Their camaraderie gave enough glimpse of their current equation. Watch the hilarious altercation here:

The video clearly shows that Sehwag’s ‘setting’ comment sparked a controversy, but it was intended in a light manner. Ganguly, on the other hand, poked some fun by stating that Sehwag is a dear friend. Sehwag replied by saying, “I’m going to ask Dada the question. He didn’t give me setting only,” evoking laughter in the whole panel.

The Prince of Kolkata, Ganguly, met his match in Sehwag, as the latter did not refrain from taking subtle comments on his former skipper in his own den, that is, Kolkata. Nonetheless, their cheerful chemistry ends all speculations of any rift between them. The partnership between Viru and Dada remains unbeaten. 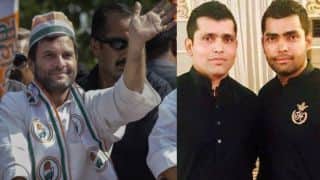 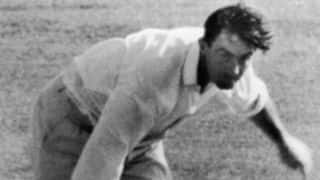