On a roll with consecutive wins under its belt, a confident Rajasthan Royals would be bolstered by the return of in-form Australian all-rounder Shane Watson when they take on an unpredictable Kolkata Knight Riders in an Indian Premier League match, here tomorrow. 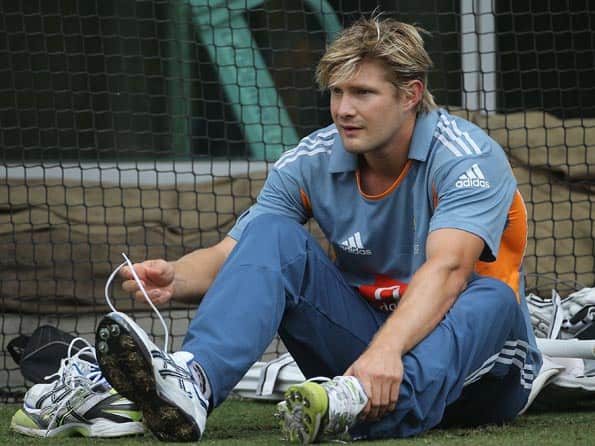 Shane Watson of Australia prepares to bat during an Australian training session at the Melbourne Cricket Ground on December 25, 2010 in Melbourne, Australia.

On a roll with consecutive wins under its belt, a confident Rajasthan Royals would be bolstered by the return of in-form Australian all-rounder Shane Watson when they take on an unpredictable Kolkata Knight Riders in an Indian Premier League match, here tomorrow.

And Watson, who was in destructive form against Bangladesh in the just-concluded three-match ODI series, will further stregthen Rajasthan’s batting as well as bowling departments. Watson scored a mammoth 294 runs against Bangaldesh, which included a whirlwind 185 not out in the second ODI including a world record of 15 sixes.

Rajasthan’s batting has been the cornerstone of their victories in the opening two matches with South African Johan Botha playing the lead role with unbeaten  knocks of 67 and 39. Watson, in all probability, will replace Shaun Tait and open the batting along with ever-dependable Rahul Dravid. Warne is spoilt for choice as far as his foreign quota is concerned. Apart from himself, he has Tait, Watson, Johan Botha and Ross taylor to choose from.

However, with only four foreigners allowed featuring in the playing XI, Warne has few problems up his sleeves as he himself, Botha and Taylor are certain to play tomorrow. In that scenario, tearaway pacer Shaun Tait, who touched the 157 kmph mark against Daredevils (fastest on Indian soil), and Jacob Oram will have to sit out.

Rajasthan’s bowling attack also looked impressive in the tournament so far with the likes of Amit Singh, Siddharth Trivedi and Tait all returning among wickets. Inspirational Rajsathan skipper Warne might have retired from international cricket four years ago, but the magic in is still there in his fingers as he returned with economical figures of 2/21 and 2/17 in both the matches. Apart from his bowling, Warne is a shrewd tactician and leads his team by example.

The Knight Riders, on the other hand, have so far had a mixed bag tournament with one win (by nine runs against Deccan Chargers) and a loss (by two runs against Chennai Super Kings). But consistency is something what the Knight Riders would be eyeing to achieve as they take on Rajasthan tomorrow.      On the batting front, Manvinder Bisla and in-form Jacques Kallis, who scored back-to-back half centuries, have been solid up the order but the middle and lower half barring Manoj Tiwary hasn’t really been impressive.

However, the KKR batsmen made up for the Chennai mess with a strong performance against Deccan Chargers. With big names like, skipper Gautam Gambhir, Yusuf Pathan, Tiwary, Eoin Morgan, Kallis and Dutchman Ryan ten Doeschate up their ranks, the Knight Riders boast of a formidable batting line-up. But what the KKR would be looking for is the right balance in their bowling attack, which looks like lacking a bit of sting.

In the absence of an out-and-out pacer, the Knight Riders depended on veteran Laxmipathy Balaji to deliver the goods up front in the last two matches but he disappointed. However, young left-arm spinner Iqbal Abdullah has been a revelation with the new ball, picking up four wickets so far giving away just six runs per over.

But with the return of Australian speedster Brett Lee, all-rounder James Pattinson and Bangladesh captain Shakib-Al Hasan, the Knight Riders bowling department have got the much-needed boost. Apart from Abdullah and Balaji, the Knight Riders also have utility bowlers in Jaydev Unadkat, Rajat Bhatia, Yusuf Pathan and Ten Doeschate at their disposal. 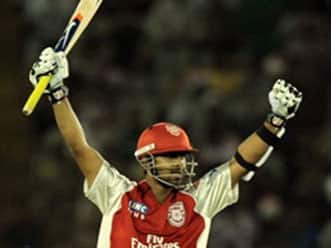 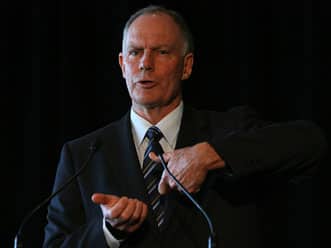