Former Australian cricket captain Mark Taylor has said that all-rounder Shane Watson should remain a Test opener to manage his workload in both all forms of the game. 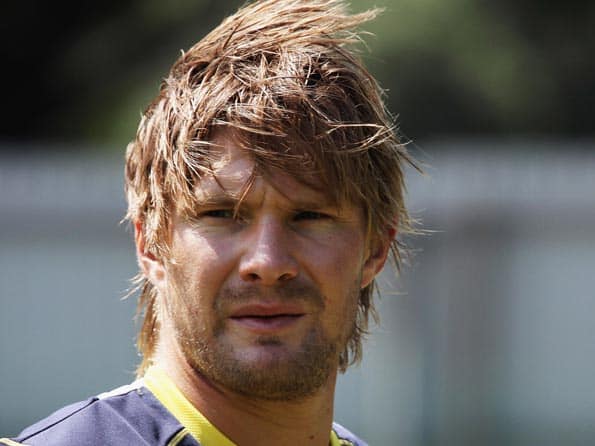 Former Australian cricket captain Mark Taylor has said that all-rounder Shane Watson should remain a Test opener to manage his workload in both all forms of the game.

“With Shane wanting to open the batting and still batting well, I think – at the moment – it’s best for Australia for him to stay opening the batting,” Taylor said.

But if you’ve got a couple of good openers in reasonable form, and if Shane’s happy to drop down the order and continue bowling, I wouldn’t be against that. That might be a good thing for his future,” Taylor was quoted as saying in the Australian media.

Taylor’s concerns were also shared by former fast bowler Damien Fleming, who also warned that Watson’s workload may have to be curbed to ensure he stays Australia’s pre-eminent cricketer and avoids again becoming injury prone.

Watson broke down while bowling in Australia’s 80-run loss to South Africa in Port Elizabeth Sunday night. Watson was in pain as his back went into spasm during his fourth over, having just returned from missing the second Twenty20 and first One-day International because of a hip injury. He did not come out to open the innings, batted at No.6 and made 15.

“Watto seems to have found a really good balance in the last couple of years. I reckon he is our No.1 player. So, as he gets older, I think there needs to be some management there. Whether he needs to play every Twenty20 game and every one-day game, it’s something the new selection panel will work out,” Fleming was quoted as saying in the Australian media.

“My gut feel is he will have to be rested a bit more because his bowling is still important. He talks about how he wants to keep bowling but, to play every game, you are almost a freak these days to be able to do that. I want him to play every Test match and as many of the other forms as possible. But we can’t afford for him to go down because, as I said before, I think he is the No. 1 player in the country,” he said. (IANS)

India ranked No.5 in T20; Raina, Harbhajan and Yuvraj feature in top 10