With their first purchase ahead of the upcoming season of Women s Big Bash League (WBBL), the Sixers have played a master stroke to beat the Thunders, bagging pacer Lauren Cheatle.

The two Sydney franchises, Sydney Thunders and Sydney Sixers can easily be called the arch-rivals in Big Bash League (BBL). With their first purchase ahead of the upcoming season of Women s Big Bash League (WBBL), the Sixers have played a masterstroke to beat the Thunders, bagging pacer Lauren Cheatle.

Lauren played for Thunders in the previous season and had been a consistent performer. However, her shoulder injury barred her from being a part of the Australia Women s team for Women s Wolrd Cup 2017, and WBBL will be her bet for a thumping comeback. WBBL 2017-18: Meg Lanning roped in by Perth Scorchers

“We are very excited to have secured the services of Lauren for the next 3 seasons, Ben Sawyer, Sixers coach told cricket.com.au. I have been lucky enough to work with Lauren from a young age and it was evident even back then that Lauren was going to be a success in this game. Her skill set, but more importantly, her attitude and personality complement the attacking mindset that this squad has developed over the past two seasons. Lauren’s left arm swing bowling is a skill that we were looking to add to our attack and we are excited to see her take it up to opposition batters in WBBL 03,” he added.

Quite naturally, the Thunder camp is disappointed to lose such an important member of their squad.

“Lauren was a highly thought of member of our squad and we are disappointed to lose her. She played a big part in us winning the inaugural WBBL and has a bright future ahead of her and we wish her all the best,” said team s General Manager Lee Germon. 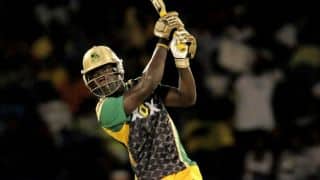 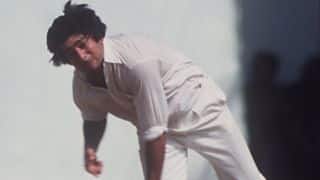