Australian allrounder Ellyse Perry said that Women’s Big Bash League (WBBL) can play a massive role in lifting Australian cricket out of the coronavirus shutdown. She feels that if international travel restrictions remain in place then domestic competitions will take centre stage during the summer.

“Potentially the WBBL will play a key role there because it might be the first bit of cricket we see back on TV because it’s at the start of the summer,” cricket.com.au quoted Perry as saying.

“It doesn’t look like it will be particularly feasible for many international sporting teams to be able to travel to Australia in the near future, so I guess that puts a real spotlight on what we can do with the domestic products that we’ve got,” she added.

Earlier in the day, Perry extended her contract with Sydney Sixers for two more WBBL seasons.

Perry was named as the Player of the Tournament in WBBL season four after she slammed a record-breaking 777 runs in a single season.

The all-rounder has played 112 ODIs and 120 T20Is for Australia. She has played a vital role in strengthing Australia’s middle order. Perry has smashed 3917 runs in ODIs while in the shortest format of the game she has amassed 1155 runs. 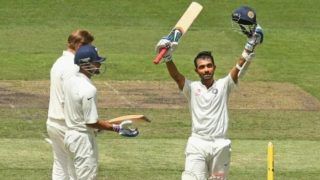 Our Communication Backed Our Instincts: Ajinkya Rahane on His 262-Run Stand With Virat Kohli in 2014 at MCG 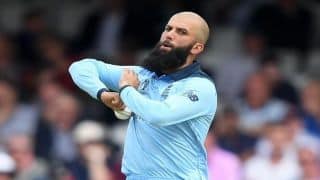