As they have been drawn along with two former champions, Cape Cobras captain Justin Kemp today termed his team as 'underdogs' but the South African is confident of putting up a decent challenge in the Champions League T20 tournament, starting Friday. 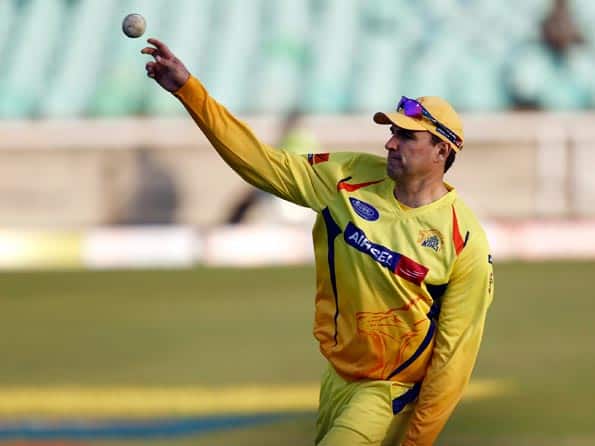 As they have been drawn along with two former champions, Cape Cobras captain Justin Kemp today termed his team as ‘underdogs’ but the South African is confident of putting up a decent challenge in the Champions League T20 tournament, starting Friday.

The South African side will clash with former champions Chennai Super Kings and New South Wales apart from a strong Mumbai Indians in Group A.

“Yeah we realise that there are a lot of fantastic teams here. Yeah, I think we are underdogs, the other teams have some players that have done exceptionally well in the last few years, but we’re confident and if we can play good cricket we’ll put up a good performance,” Kemp told reporters here.

“We played here in 2009 and it’s a great opportunity for a lot of young guys and a lot of the older guys too.”

Asked if domestic state sides from abroad would have any advantage considering their players spend more time together, Kemp said it won’t matter much.

“I think it can be an advantage but if you see last IPL, the Chennai team got together three days before the tournament and won the championship. I think these days cricket is becoming very adjustable and very flexible.

“They pay you good money so you just go ahead and do your job, you adjust to your team environment very quickly. So I don’t think it’s going to be a massive advantage,” he opined.

Kemp, an all-rounder who bowls medium fast, also refuted suggestion that the burden of captaincy has affected his batting.

“It depends on what time I come in to bat and what the game situation is. My role has been to come in the latter stages, the last 10 overs or so and try to finish games. But I can adjust to the match situation and it’s been pretty much the same old me for the last couple of years.”

Team coach Richard Pybus said it will be a challenge to adjust to alien conditions but they have prepared well.

“We’ve been studying the strengths and weaknesses of our opposition sides. We’ve got a real challenge in this group, with two former Champions sides in already. And the IPL teams have an advantage the other sides as they know the local conditions better. But we’ve had a good winter, we’ve trained hard and we’re looking forward to the contest,” he said.

Pybus feels that they have enough spin power in their bowling department to suit and exploit the conditions.

“We’ve got Robin Peterson, J P Duminy, we’ve got a all-rounder called Justin Ontong and we’ve got a young chinaman bowler Michael Rippon– so we’ve got depth in the spin bowling department and it’s great to have three international South African players.”

Skipper Kemp too felt the same.

“I think the South African team has over the last few years started to change its dependence on complete, out and out fast bowling and also focussed on the spin bowling department so it s good to have three spinners to call on who could win the game,” Kemp said.

Cape Cobras fast bowler Dale Steyn said he will not cut down on pace though batsmen can sometimes take advantage of pace in Twenty20 game.

It’s pretty much like any other category of bowling. And the coach wouldn’t be excited either, so no,” Steyn said.

Asked if he tweaked the ball as he has managed to be so successful in subcontinental pitches, Steyn said, “No, I (bowl) short, I am quite skiddy. I am not the guy who’ll bounce from a length and hit you in the throat like a Morne Morkel or Ishant Sharma. I am always looking to hit you on the pads… LBW or bowled.”

Asked why Indian bowlers like Ishant Sharma and Munaf Patel began on a good pace but slowed down later, he said, “I don’t know. India can be a tough place to bowl. You have no real reward as a fast bowler. You don’t see the ball bouncing and flying and keeper catching above his shoulders.

“I can’t speak for the Indian bowlers but I can speak for myself. In South Africa its nice to see the ball ping through and that’s what keeps you going. You only have to hit a guy once in the helmet or something.. that’s what makes you want to bowl faster than the next bowler,” he said.

Veteran batsman Herschelle Gibbs said he is still hungry to give his best.

“I’ve done well in all 50-over and T20 matches back home for the Cobras. I am still one of the fittest, hungriest and I’d still love to play for the Proteas in the T20 World Cup in Sri Lanka and obviously with Gary (Kirsten) taking over. There is still a lot I want to achieve,” Gibbs said.

Batsman J P Duminy said Cape Cobras have a balance team with a mix of youngsters and experienced players.

“We are a balanced team. We’ve got a few senior players and a few young ones as well. We’ve got a good batting line up and good bowling line up with options in spin. So I think we’re a well-rounded team,” said Duminy.(PTI)