We didn't have quality to win the World Cup: Strauss

We didn't have quality to win the World Cup: Strauss 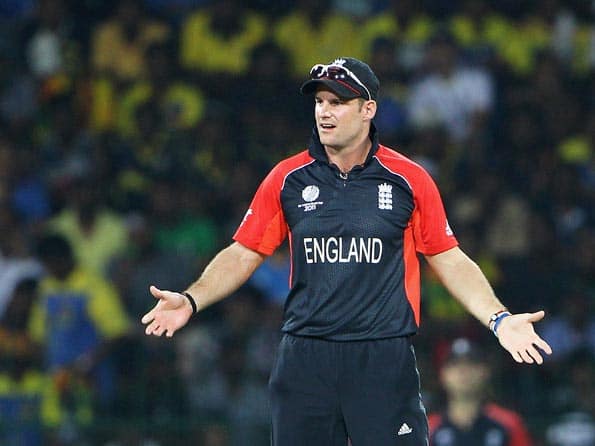 England’s rollercoaster tournament ended on Saturday in a 10-wicket rout at the hands of Sri Lanka in Colombo with Strauss insisting it was unrealistic to expect success when players are not given a rest.

After the Ashes victory, England played a seven-match one-day international series in Australia. That was followed by a brief break at home before the World Cup campaign started in the first week of February.

“It s a huge amount to ask players to go to Australia for three months, into the highest intensity atmosphere you can get for an English team, and then go straight into a World Cup without players spending time at home,” said Strauss.

“This certainly is no good. It didn t give us the best chance, but that s not the only reason for not doing well here. You still have got to go out and play.”

Despite his frustration with the schedule, Strauss admitted that his team came up short in the tournament. “I think you could cite tiredness, but that would be running away from the issue,” he said.

“We haven t played good enough cricket. Generally English teams in the subcontinent haven t played well enough to compete day in, day out. We have got to be better than that.”

England reached the quarter-finals after a topsy-turvy group campaign which saw wins over South Africa and West Indies, a tie with India and defeats to Bangladesh and Ireland. They also saw key players Kevin Pietersen and Stuart Broad return home through injury and Michael Yardy quit with depression.

Strauss said winning the Ashes remained the high point of the winter. “The Ashes was certainly my proudest moment in cricket. It was probably one of English cricket s proudest moments for a long time. No one will ever take that away. We were very fortunate to be part of that,” said the captain.

“Since then things have been tough, there is no doubt about that. We have had injuries, we have had people who have lost form, and we were not good enough in one-dayers in either Australia or this World Cup.

“I think we scrapped hard, and showed some fight, which is great, but didn t have enough quality to go on and win this tournament. That s the reality.”

Strauss admitted his team were outplayed by Sri Lanka who restricted England to a below-par 229-6 before Tillakaratne Dilshan and Upul Tharanga hit centuries to guide the home team to a 10-wicket victory.

“We were thoroughly outplayed,” said Strauss, after England yet again finished short of winning the elusive title. “We can t hide away from that.”

Jonathan Trott (86) and Eoin Morgan (50) shared a 91-run stand for the fourth wicket but both failed to give impetus to the innings in the final overs, as England managed just 23 in the batting power-play.

“We thought it was a good toss to win. On a pretty flat wicket probably 260-270 was more like the par score if could get off to a fast start,” he said.

“We lost a couple of wickets, had to rebuild, but then weren t able to go through the gears in the last few overs.”