Ben Stokes continues to bask in the glory of an incredible series-levelling win in the Headingley Test that has kept the ongoing Ashes alive.

England allrounder Ben Stokes continues to bask in the glory of an incredible series-levelling win in the Headingley Test that has kept the ongoing Ashes alive.

His stunning century ensured England beat Australia by the barest of margin a one-wicket win in the third Test. The innings comes just after a month after he led England to a nerve-shredding victory in the ICC Cricket World Cup 2019 final.

Stokes celebrated his exploits by getting into a cab with few of his England teammates and feasting on McDonald’s. But for Stokes the epic comeback will get sweeter only if England end up lifting the Ashes at the Kensington Oval, the venue for fifth and final Test of the five-match series.

“We have got ourselves back into the series by winning at Headingley. That day will only be made better for everyone not just the team but all the staff who travel around with us come the end of The Oval Test match when we are lifting the urn,” Stokes told talkSPORT. “It was an amazing thing to be able to get back in the series with such an amazing game that was basically a spectacle, but that will only be made sweeter if we lift the Ashes at the end because we’ve given ourselves a massive chance now.”

Stokes revealed how he planned the run-chase once England had lost their nine wickets and still 73 runs behind the target. England began the fourth day with seven wickets in hand and steadily put themselves in a comfortable position before Josh Hazlewood triggered a collapse. Stokes was busy at one end, keeping his team in the contest but the task seemed insurmountable as wickets kept tumbling at the other.

“Going in to bat in the morning with Joe, Australia started off the day brilliantly I think they had four maidens in a row and you have to respect good bowling when it comes. They didn’t offer us anything,” Stokes, who scored an unbeaten 135, said.

He added, “I told him (No. 11 Jack Leach) as soon as he came out we would be doing five and one or four and two if it has to be. He knew he was there to survive and bat for as many balls as he had to. I back Leachy to do what he did. We all saw what he did at Lords’ when he got 92 and you have to be able to hold the bat to do that no matter who the opposition is.”

“I was always telling him to be on your bat in case we get two. I was telling him, right I’m going for two this ball or we are getting one on this ball. I was letting him know what my plan was. The first three balls I was really looking to attack. He knew if it wasn’t a four or a six he would just stand there on his bat,” he added. 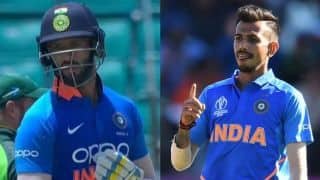 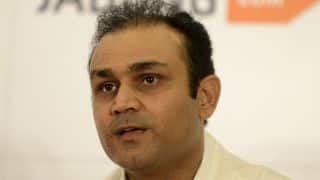