England captain Heather Knight wore a disappointing look after her team lost to Australia in a one-side final of the 2018 ICC Women's World T20 on Saturday night.

England captain Heather Knight wore a disappointing look after her team lost to Australia in a one-side final of the 2018 ICC Women’s World T20 on Saturday night.

ALSO READ: This is a very satisfying win – Lanning

After opting to bat first, England kept on losing wickets regularly and despite a sloppy performance in the field from Australia, they were bowled out for a low 105 in 19.4 overs. Just two of their batters registered scores in double-digits. Danielle Wyatt top-scored with 43 while Knight was the second top-scorer with 25. None of the other batters crossed six runs in a poor performance.

The defeat also ended England’s hopes of completing a double of holding two World Cup titles – they won the 50-over WC last year at home.

“I thought it was a much better pitch than the semi final,” Knight said at the post-match presentation. “It skidded on a lot more. Dani started really well. We just lost wickets at the key time and we lost momentum and we didn’t put a competitive total on the board. We thought there will be bit of dew but it skidded more than what we anticipated. We didn’t probably adapt to the conditions as good as we could have. ”

England lost just one match en route to the final of the tournament. They beat India in the semifinal, a team they also bested in the final of ICC World Cup 2017.

While acknowledging the superiority of their opponents on the day, Knight was full of praise of her teammates saying despite lacking experience, they stepped up at the big stage. “I’m proud of the girls for reaching the final. Australia were a better team than us today, congratulations to them. In terms of average and the wickets we’ve lost we surely didn’t get it right. We came with some inexperience and the girls stepped up beautifully,” she said. 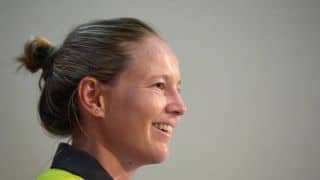 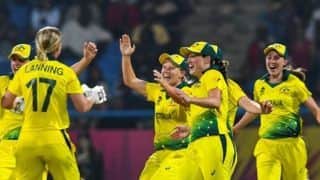