We need to learn from Indian batsmen: Richie Richardson

We need to learn from Indian batsmen: Richie Richardson

Buried under pile of runs, the West Indies will have to take a cue from the way India batted and stay positive in the remaining three days of the ongoing second cricket Test here, visiting team manager Richie Richardson said on Tuesday. 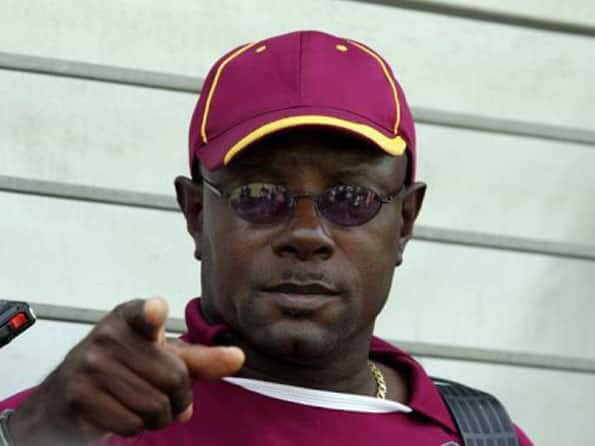 Buried under pile of runs, the West Indies will have to take a cue from the way India batted and stay positive in the remaining three days of the ongoing second cricket Test here, visiting team manager Richie Richardson said on Tuesday.

In reply to India’s massive 631 for seven declared, the tourists were struggling at 34 for two in their first innings at stumps on the second day and were staring at their second successive defeat in the three-match series.

But Richardson said the Caribbean side can save the match, provided two of their main batsmen score centuries.

“We would like to bat the way India batted. It’s a very good batting wicket. India played exceptionally well. We would like to bat the same way. But it’s not going to be easy as Indian bowlers will put pressure. But we got to make sure that we bat two days,” the former West Indies skipper said at the post day’s press conference.

“When you see a such big total, you think it’s difficult.

But you have to assess the situation and tell yourself ‘look we can do it too’. It’s a good wicket. If two guys get stuck in and get centuries we can avoid defeat. We have to bat ourselves to a good position,” Richardson said.

Richardson said the Eden strip is ideal for batting.

“The Indians made full use of the very good batting wicket. It’s a flat wicket and the Indians have capitalised.

“It will be tough for the bowlers.

“We hope our batsmen can go there and show positive intent without playing rash shots,” he said.

Lauding the Indian duo of Rahul Dravid (119) and VVS Laxman (176 not out), Richardson said young batsmen should follow their footsteps.

“Both of them have tremendous determination. They are example for young aspiring batsmen,” he said.

“They are different players. I don’t like to make comparison. I like both of them. Dravid is solid as a rock. He doesn’t take chances he prefers to stay as long as he can,” Richardson said.

“Laxman, on the other hand, is pretty easy going, wristy player and plays his shots,” he observed.

He is currently part of one of the weakest West Indies side to tour India, but Richardson said the Caribbean team was showing signs of improvement.

“You got to accept sometimes that you cannot be best all the time. You get to look at areas where you need to develop and believe in yourselves. When you are down you got to find ways and means to get up there.

“We have talented players. We have an exceptional leader in (Darren) Sammy and the boys are showing improvement. There can’t be a miracle turnaround. With time we will get back there,” he insisted.

He refused to agree with general view that the present West Indies team lack experience.

“We have a good team at the moment. The young players are learning fast. We have got Shivnarine Chanderpaul who is a great person, batsman and player,” Richardson said.

“We are pretty happy with the commitments shown by the players. We don’t have any discipline issues. They are committed to training hard and working hard. It’s just a matter of time.”

The Eden Gardens witnessed a poor crowd turn out in the ongoing match so far, recording less than 10,000 attendance on both the days, but Richardson refused to buy suggestions that Test cricket was in danger.

“I hope not. I think Test cricket is very important. It is the real cricket. Every cricketer should aspire to play for country. If you want to learn the basics of cricket you got to play Test cricket. But we have to get the right balance with T20 and ODIs,” he concluded.(PTI)

It's an honour to play with Sachin Tendulkar: VVS Laxman

Virender Sehwag can single-handedly turn a game around: Graeme Pollock