West Zone won the Deodhar Trophy in style thrashing North Zone by 113 runs in a one-sided final in Dharamsala . 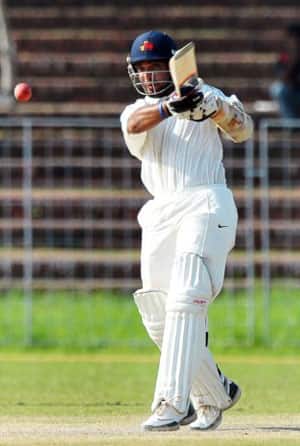 West Zone won the Deodhar Trophy in style thrashing North Zone by 113 runs in a one-sided final in Dharamsala .

It was a run-feast at the HPCA Stadium as West amassed a staggering 355 for four in 50 overs and then bowled out North for 242 in 42.2 overs to win the zonal one day championship.

The match also marked discarded India paceman Munaf Patel’s return to form as he scalped four for 34 in eight overs thereby sealing the issue for West within the first Powerplay.

While East captain Wriddhiman Saha made a mistake by putting West into bat in the semi-final, it was Harbhajan Singh’s turn to make that same mistake as West openers Parthiv Patel and Ajinkya Rahane went on a rampage adding 131 runs in 19 overs.

Skipper Parthiv made 78 off 63 balls studded with 14 boundaries before Harbhajan trapped him leg before.

Rahane served a timely reminder to the selectors with a fine 118 off 122 balls with 15 boundaries and a six.

Chasing 356 was always going to be difficult and Munaf knocked the stuffing out of North dismissing Nitin Saini (2), Shikhar Dhawan (0), Paras Dogra (11) and Yashpal Singh (0) as they were left reeling at 25 for four. The only saving grace for North was a 97 run partnership for the seventh wicket between Bipul Sharma (68, 57 balls, 7×4, 4×6) and Harbhajan (30) which helped them cross 200-run mark.(PTI)