The selectors of West Indies cricket board have announced a 15-member squad for the five match One-Day International (ODI) series which is set to start from the October 8, 2014 in India.

West Indies last toured India in 2013 famously remembered as legendary batsman Sachin Tendulkar had retired after the two-Test series. They had also played a three-match ODI series. But this time around the Carribbean side will play a longer series with five ODIs, three Tests and a Twenty20 International. Read the analysis of West Indies ODI squad here

NOTE: Chris Gayle is rehabilitating from an injury 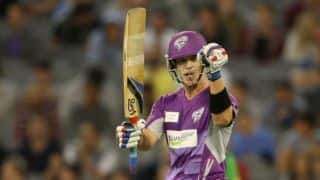