More often than not, West Indian batsmen have failed to complement their bowlers in the ongoing Test series against India and pacer Ravi Rampaul conceded that his team's willow-wielders are running short of confidence right now. 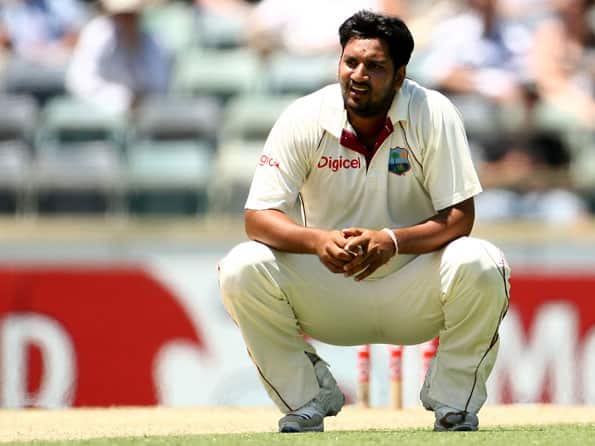 More often than not, West Indian batsmen have failed to complement their bowlers in the ongoing Test series against India and pacer Ravi Rampaul conceded that his team’s willow-wielders are running short of confidence right now.

“I am sure they don’t go out in the middle to go out.

They are trying their best but are short of confidence. A few good knocks and they will be alright. We continue to give them full support,” Rampaul, who grabbed three wickets on the opening day of the second Test here, said.

West Indies had India on the mat after bowling them out for 201 but are now struggling themselves after ending the first day at 30 for three.

Despite the disappointing start, Rampaul hoped his team would gain a vital first innings lead.

“We want to have a lead. I think 300 would be ideal,” said Rampaul whose 3 wickets in the pre-lunch session set the tone for India’s collapse for 201.

His team, Rampaul said, wanted to restrict India to a lower total after they had met with four early successes.

“We knew the pitch would offer some assistance. We got a couple of early wickets and sent India on backfoot. We wanted to keep them down but that stand was very vital,” he said.

The stand Rampaul was referring to was the 117-run fifth wicket partnership between VVS Laxman (85) and Suresh Raina (53).

“The pitch became good for batting after lunch. The bowlers were getting no swing. It would only get better for batting from now on.”

Rampaul revealed that he tries to be aggressive against younger Indian players and uses short-pitched deliveries more often.

“When I see a batsman coming on front foot, I bowl short to push him back. We know Indians don’t like short ball so we try to use it more often.

“I try to be aggressive against the openers for they are young. However, it’s not by trying to bowl faster, I just want to keep it tight for them.”

Rampaul lavished praise on the senior Indian batsmen such as VVS Laxman and Rahul Dravid.

“They are great batsmen. They are different. It would have been wonderful to get Dravid out in Jamaica but catches do drop in cricket,” he said.

Rampaul, despite his success, wasn’t quite happy with his bowling on the first day.

“It was swinging (initially). I should have hit the right areas more often and made batsmen play a little more,” he said.

Tendulkar similar to me, says Bolt