Darren Sammy on Thursday hinted that West Indies might include spinner Shane Shillingford in their playing XI for the second Test against England, which starts at Trent Bridge on Friday. 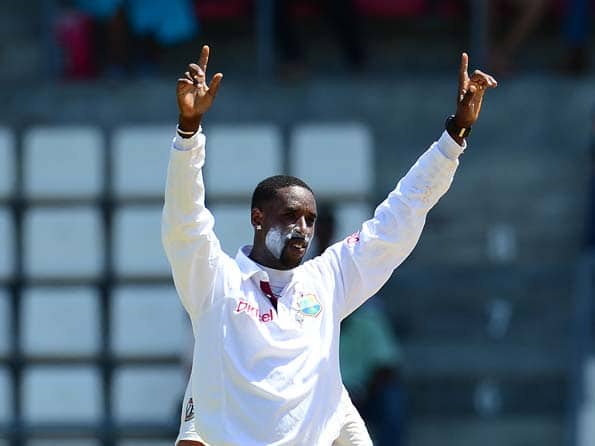 Dominican cricketer Shane Shillingford was left out at Lord’s AFP

Darren Sammy on Thursday hinted that West Indies might include spinner Shane Shillingford in their playing XI for the second Test against England, which starts at Trent Bridge on Friday.

Fast bowler Shannon Gabriel, who took four wickets on debut at Lord’s, was subsequently ruled out of the rest of the series with a back injury.

His absence could see the return of fellow quick Ravi Rampaul, who would have played at Lord’s but for a neck problem.

“Last year-and-a-half Ravi has been the guy who always takes wickets with the new ball for us,” said West Indies captain Darren Sammy.

“The way Kemar Roach is bowling and the inclusion of Ravi, that could be a very good combination for us.”

And the tourists — who in 22 matches against Nottinghamshire and England dating back to 1906 have never lost a first-class fixture at Trent Bridge, a run including four wins and four draws in eight Tests — could recall off-spinner Shane Shillingford.

The Dominican was left out at Lord’s, despite taking 10 wickets in his previous Test against Australia on home soil in Roseau last month.

But Sammy said he could return as West Indies look to improve on a record of just two wins in their last 31 Tests.

“Looking at our attack, playing on flat pitches over the last year or so, a spinner has always been in our line-up, and we’ve gone with the two quick men and myself (a medium-pacer), and that has been successful for us. So we’ll definitely consider that and hopefully we can go out there and take 20 wickets against England.” (AFP)