The West Indies Cricket Board has committed a blunder by not letting Chris Gayle play in the series against India as the explosive batsman stands to lose nothing from a move which will only weaken the host team, feels former Pakistan captain Wasim Akram. 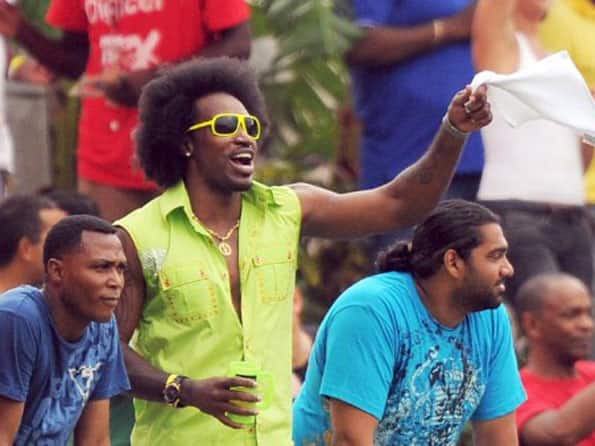 The West Indies Cricket Board has committed a blunder by not letting Chris Gayle play in the series against India as the explosive batsman stands to lose nothing from a move which will only weaken the host team, feels former Pakistan captain Wasim Akram.

Gayle has been ignored so far for his outburst against the West Indies Cricket Board in a radio-show in April in which he criticised WICB for leaving him in a lurch during injury problems.

The Board wants Gayle to apologise to win his place back but the cricketer has refused to do so. Even a meeting between the two parties has failed to resolve the dispute.

“Only performances should not matter but discipline is also very important. But with all the lucrative Twenty20 tournaments around the world like IPL, Gayle doesn’t stand to lose much if he never plays for the Windies again,” Akram told ‘Mobile ESPN’ from London.

“We all saw what a dynamic player he is while playing for Royal Challengers Bangalore during IPL 4. He can change the course of a game in a few overs. Thus I feel, West Indies cricket stands to lose by not picking Gayle, instead of it being vice-versa,” he added.

After a disappointing World Cup campaign, Gayle had a phenomenal IPL by amassing 608 runs from 12 innings with a strike rate of well above 170.

He clinched as many as six Man-of-the-Match awards and was the only player in IPL history to record two hundreds in one edition itself.

While West Indies cricket remains in turmoil, Akram is happy the controversy around Shahid Afridi’s shock retirement due to his differences with coach Waqar Younis has ended.

Afridi was fined Rs 4.5 million by the PCB after pleading guilty for airing his views in public. However, the Pakistan Board has allowed Afridi to play for Hampshire in the domestic Twenty20 championships in England.

“I am glad all the differences were sorted out between the Board and Afridi. It is time to move on from this,” he said.

“I hope that he plays for Pakistan again. Afridi is still our best bowler. I also believe he is a good enough cricketer to be there in any side in the world in the limited-overs format,” he added.

SLPL not organised by private party: Sri Lanka Board

Will Politicians continue to rule the roost at MCA?