Oshane Thomas was immediately rushed to the Spanish Town Hospital for treatment and released after few scans. West Indies fast bowler Oshane Thomas is resting at home after being involved in a car accident on Sunday. Thomas was driving an Audi which overturned after crashing with another car in Jamaica.

He was immediately rushed to the Spanish Town Hospital for treatment and released after few scans. The 23-year-old cricketer’s agent Mark Neita confirmed that the bowler has escaped serious injuries.

The West Indies Players’ Association released a statement hoping for a speedy recovery. “The West Indies Players’ Association (WIPA) extends best wishes to West Indies and Jamaica fast-bowler Oshane Thomas who was involved in a motor vehicle accident on Sunday, February 16 in Jamaica. WIPA’s executive and staff would like to extend our sympathies to Oshane. We wish for him a speedy and full recovery,” WIPA said in the release.

The accident occurred on Highway 2000 near Old Harbour in St. Catherine and Thomas was alone in his vehicle. The condition of the other driver is unknown and he was taken to University Hospital.

Thomas, who turned 23 on Tuesday, has played 20 ODIs and 10 T20Is so far for West Indies since making his international debut in October 2018. He last played for West Indies last month in an ODI against Ireland.

He wasn’t picked in the West Indies ODI squad for the limited-overs tour of Sri Lanka that gets underway from February 22. 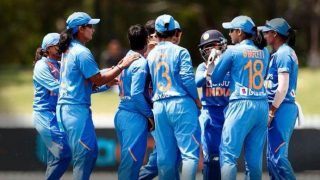