West Indies had Cricket Australia XI on the back foot: Curtly Ambrose

West Indies had Cricket Australia XI on the back foot: Curtly Ambrose

Curtly Ambrose is seeking to fire-up an underdog West Indies who face top-ranked Australia in the first of three Test matches on Thursday.

Hobart: Fast bowling legend Sir Curtly Ambrose is seeking to fire-up an underdog West Indies who face top-ranked Australia in the first of three Test matches on Thursday. Ambrose, the bowling consultant, is insisting that the West Indies have the manpower to challenge the home side in the three-match rubber following their humiliating 10-wicket loss to an inexperienced Cricket Australia XI, reports CMC. Australia defeated the West Indies 2-0 in their last series played in the Caribbean earlier this year. “Even though we lost 2-0 there were moments or periods when we had them on the back foot and had their backs against the wall. And we never really finished them off,” recalled Ambrose on Wednesday. READ: Australia vs West Indies 2015-16, 1st Test at Hobart, Preview: Hosts aim domination in Frank Worrell Trophy

“So we believe we can compete and not only compete but we believe we can beat them and that’s our focus to beat Australia. Not just to compete but to win and, being the underdogs, sometimes it’s good to be that way.” The Caribbean side was able to avoid an innings defeat against the young Cricket Australia’s XI on the strength of a stubborn partnership between Jason Holder and Kemar Roach. But their defeat has forced former players and commentators to question their confidence going into the opening test at Hobart.

However the former fast bowler is insisting that given the expectation of the Australian public, the home side is the one under pressure to perform. “We have nothing to lose. As far as we are concern Australia is the one under pressure. They have to beat us because Australians expect them to steam roll us. So they are the ones under pressure not us,” he said. “We’re here to do a job and we’re going to make a good job of it. We’re not going to worry about what has been said about us not being a good team or not going to compete and games being over in three days and all that kind of stuff.” READ: Australia vs West Indies 2015-16: Steven Smith believes visitors cannot be taken lightly

Jason Holder’s men arrived in Australia not having won an overseas tour of note in 20 years and are ranked above only Zimbabwe and Bangladesh. Ambrose has described inform Aussie batsmen Steve Smith and David Warner as the main threat in the Australian batting line-up but contends that their middle order is vulnerable. “They are in some good form at the moment and they are two good batsmen and yes they will be key. If we can get them out early for not too many runs, I still believe that the middle order of Australia is not that solid at the moment,” Ambrose pointed out. “I think Warner and Smith will be key and once we get them out early then that could give us some leeway to really test them”. READ: Australia announce team for 1st Test against West Indies in Hobart

Ambrose has identified the bowling attack as the Windies strength and expressed confident in Jerome Taylor’s ability to lead an attack capable of taking 20 Australian wickets. “Since I joined the team it took me a little while to get them to buy into my concept because they are accustomed to certain things and of course it would not change overnight,” said Ambrose, who took up his consultancy role in February 2014.

“I must say that in recent times I have seen some improvements. They are much more patient because that was really one of my problems. The areas that they bowl have been more consistent”.

The first Test will be played at the Bellerive Oval here from Thursday. 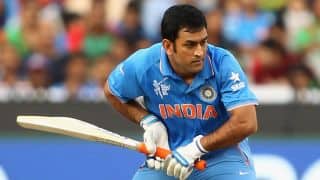