Kraigg Brathwaite and Miguel Cummins set up West Indies 'A' to comfortable win.

The right-handed Brathwaite made 164 (15X4, 1X6) to propel his side to 351 for eight declared, after they resumed the day on 170 for two. Leon Johnson added just two to his overnight 40 while Jonathan Carter chipped in with 49 and Carlos Brathwaite, 37.

Set a mammoth 504 for victory, Bangladesh A were undermined by Cummins who grabbed four for 45, as they crumbled for a disappointing 152 all out. Leg-spinner Devendra Bishoo claimed three for 58 while left-arm pacer Sheldon Cottrell took two for 25.

Opener Shamsur Rahman top scored 33 while wicket-keeper Nurul Hasan chipped in with 23 but the visitors were unable to deal with the firepower from the HPC. 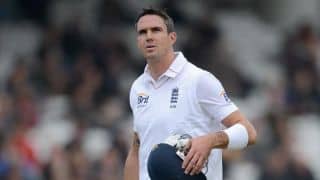