St. Kitts and Nevis government minister, Richard Skerrit, has been appointed a director of the West Indies Cricket Board (WICB). 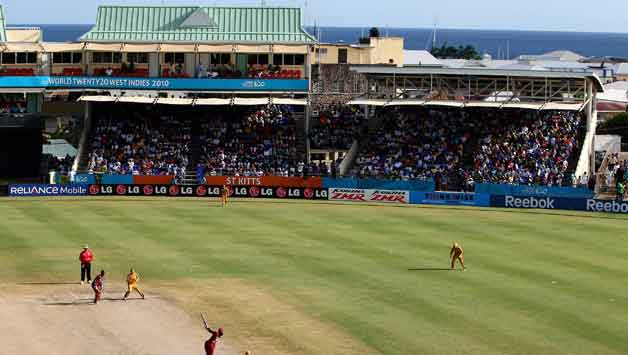 St. Kitts and Nevis government minister, Richard Skerrit, has been appointed a director of the West Indies Cricket Board © Getty Images

St. Kitts and Nevis government minister, Richard Skerrit, has been appointed a director of the West Indies Cricket Board (WICB).

Skerrit, the federation’s tourism minister, was one of two new directors appointed to the WICB at its board meeting in Trinidad last weekend.

Skerrit was nominated by CARICOM while the other Director is Don Wehby, Group chief executive officer of GraceKennedy, one of the Caribbean’s largest corporate entities.

“They are both men of outstanding reputations and accomplishment in their respective professional fields,” said Dave Cameron who was elected new WICB president at last month’s AGM in Barbados.

“Their presence on the Board of Directors will be to the benefit of West Indies cricket. We look forward to their service, thoughts, ideas and counsel.”

Skerrit was the first full time team manager for the West Indies senior men’s team and served from 2000 to 2004.

He also played a leading role in the re-development of Warner Park in his native St Kitts which now serves as one of the premier cricketing venues in the region.

Wehby served as a minister in the Jamaica government for two years before returning to GraceKennedy as Group chief operating officer in 2009, serving in that post for two years, before being appointed Group CEO.

“On behalf of the Board of Directors I welcome these two esteemed gentlemen as directors and look forward to their respective contributions as we work towards the continued development of West Indies Cricket,” Cameron added.

The Board also re-elected Clifford Reis and Jennifer Nero as directors.

Nero was the first female director of the WICB, having first been appointed in 2011.