Fast bowler Ravi Rampaul was left rueing the West Indies lack of killer instinct after the Caribbean side let England Lions off the hook on the second day of the four-day tour match at Northampton. 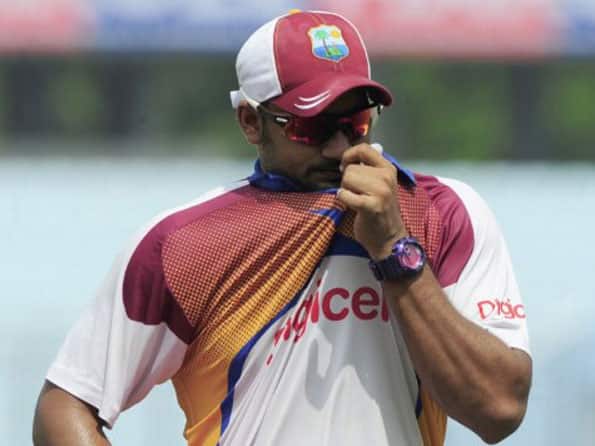 Fast bowler Ravi Rampaul was left rueing the West Indies lack of killer instinct after the Caribbean side let England Lions off the hook on the second day of the four-day tour match at Northampton.

The Windies struck crucial blows early in the day on Friday to reduce the Lions to 98 for five but the hosts rallied to post 341 in reply to the Windies’ 147, with captain James Taylor piling on 118.

“We fight hard for the first five or six wickets, and then probably release our foot from the gas, believing the rest of the batting will fall easily,” Rampaul said.

“We are learning in every game we play. To finish off the tail, we need to get the killer instinct back. But this was our first (real work-out) here, and maybe the next time, we will be better.”

Rampaul finished with three for 79 while fellow seamer Kemar Roach picked up three for 90. Off-spinner Shane Shillingford (2 for 75) and speedster Fidel Edwards (2 for 79) added two wickets each.

It was Rampaul who instigated the slide before lunch, prising out opener Michael Carberry (32) and Test batsman Ian Bell (29) in successive overs, to put the Windies on top.

“I thought it (performance) was a big improvement from (Thursday),” Rampaul noted.

“I thought I bowled too short (the previous day), and after speaking with the coach and some of my teammates, I recognised that I had to bowl a fuller length in these conditions.”

“Basically, it was just about executing. I went out there, followed instructions, got some movement, and it paid off,” he noted.

The Lions rallied through Taylor, however, as the right-hander faced 179 balls in 268 minutes at the crease and counted 13 fours, holding together the lower order in a composed innings.

He put on 107 with wicketkeeper Jonny Bairstow, who stroked an even fifty and then anchored three consecutive partnerships to further frustrate the West Indies.

The West Indies finished the day on 28 for three, still requiring a further 166 runs to make the Lions bat again. (IANS)