West Indies have trimmed their One Day International (ODI) squad from 15 to 13, leaving out Shane Dowrich and Miguel Cummins, for the three-match series against England.

West Indies have trimmed their One Day International (ODI) squad from 15 to 13, leaving out Shane Dowrich and Miguel Cummins, for the three-match series against England. Presently, the team is training under the new coach, Stuart Law in Antigua. Dowrich is a wicketkeeper-batsman who has played eight Test matches but has not made his ODI debut yet. His exclusion from the West Indies squad will leave Shai Hope as the only specialist wicketkeeper. Cummins has played only two ODIs, so far. He was included in the recent West Indies squad which was defeated by Zimbabwe in Bulawayo in November, during a tri-series between West Indies, Zimbabwe and Sri Lanka.

The first two ODIs will be played on March 3 and 5 in Antigua. The final match will be played in Barbados on March 9. England will also be playing two warm-up matches before their three-match ODI series. The first tour match was played on February 25 against the UWI Vice Chancellor’s XI, at the Warner Park in Basseterre, St. Kitts. On the other hand, the second and final tour match before the Test series was against the West Indies Cricket Board President’s XI, played at the same venue.

This is the first time England and West Indies are competing since their clash in the final of the ICC World T20 2016 at Kolkata. West Indies had defeated England in a nail-biting contest back then to lift the trophy for the second time in history. 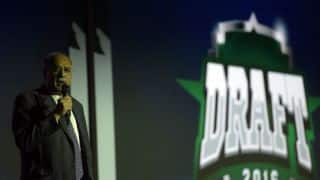 PSL to become first T20 league to use DRS