Tino Best is ready to make the most of his unexpected recall to West Indies duty after being summoned to England as a replacement for the injured Shannon Gabriel. 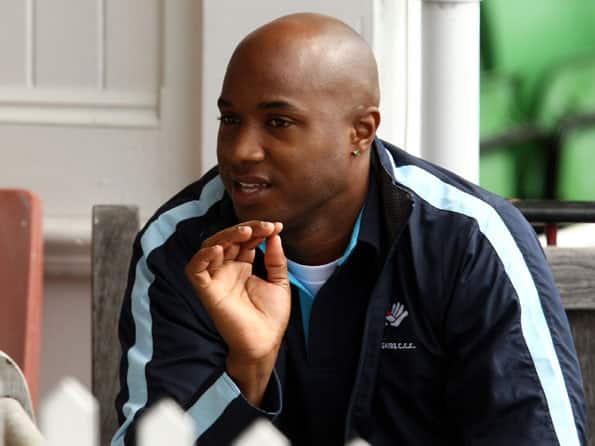 Tino Best is ready to make the most of his unexpected recall to West Indies duty after being summoned to England as a replacement for the injured Shannon Gabriel.

Fast bowler Gabriel took four wickets on his Test debut during the five-wicket series-opening defeat by England at Lord’s concluded Monday but was then ruled out of the remaining two Tests with a back injury.

That prompted the West Indies to call-up Best, even though it is three years since the 30-year-old quick last played international cricket.

Best, who had been named in the West Indies A team to face India A next month, was recently a member of the squad for the limited overs internationals against Australia but did not play.

The player, who left the Caribbean on Tuesday ahead of the second Test at Nottingham’s Trent Bridge starting Friday, said: “I’m very happy to be recalled for the Test squad for the series in England.

“I’m fit and feeling quite ready. I’ve been training and working hard, looking forward to this. I was in the team earlier this year when we played against Australia and I gained a lot of knowledge from being in the group. I felt I fitted in quite well and I have a good idea of the work ethic and what will be required of me.”

Best is familiar with English conditions, having toured with the West Indies in 2004 and played for county side Yorkshire last year.

“What I have to do, and what I am fully aware of, is how to put that knowledge to work,” he added. “I’m a hard worker and I’m really delighted to get this opportunity.”

Best, who made his debut nine years ago, has won 14 Tests caps, with a modest bowling average of 48. He is best remembered in England for a verbal exchange with Andrew Flintoff during the Lord’s Test of 2004.

Flintoff, fielding at slip, urged him to “mind the windows Tino” as Best tried to slog spinner Ashley Giles. Best was out next ball. (AFP)