West Indies cancelled their tour to India in October.

West Indies bosses, players and their union representatives were all blamed on Sunday for October’s catastrophic abandonment of the tour of India. The West Indies team left India four matches into a five-game one-day series after a pay dispute between players and the board, with the fifth one-dayer, a subsequent T20 International and three Tests abandoned. It was a decision which prompted India to demand $42 million in compensation and damages.

A task force set up by the West Indies Cricket Board (WICB) has spread the blame for the debacle and laid out a raft of recommendations ranging from clear guidelines for players’ contracts to appointing a team psychologist for touring parties. It also insisted on “bonding sessions” between officials and players to help rescue the battered reputation of a team which was once the most feared in the world.

“There is something fundamentally wrong in sending a team to faraway places with only an historical view of their terms of employment and then to radically change those historical terms after they arrive in that distant place,” said the report by the task force which was made public late on Sunday.

“It was the conclusion of the players in India that their compensation would be reduced by some 70 percent.”

The task force, which included lawyers Michael Gordon and Richard Cheltenham as well as legendary former fast bowler Wes Hall, said that it was wrong for the players to be left in the dark over their contractual entitlements. On this point, both the WICB and the West Indies Players Association (WIPA) were at fault.

“The Board and WIPA were attempting a sea-change in the financial arrangements for West Indian professional cricketers without ensuring that there was understanding and acceptance by the WICB’s employees, the touring cricketers,” added the task force.

“They both erred significantly in failing to ensure that their vision for the future of West Indies cricket with its ramifications for the sharing of sponsorship money and the concomitant changes in the level of remuneration for both the senior cricketers and the new class of professional players was clearly understood and the vision shared.”

However, the players, many of whom have been locked in long-running disputes with the WICB, did not escape censure for abandoning the India tour despite knowing that David Cameron, the president of the WICB, and WIPA chief Wavell Hinds were due to fly to India to hold talks aimed at ending the crisis.

“A significant proportion of the blame for the termination of the tour must also lie with the players, and in particular their leaders,” added the statement.

In all, eight recommendations were made by the task force which included:

–          Contracts must be given to players at least three weeks before a tour and signed one week before the tour or players will be disqualified from selection.

–          The WICB should recruit a sports psychologist for touring parties.

–          The WICB should convene bonding sessions twice yearly between players, management and the board. 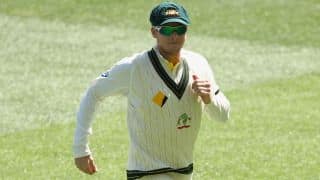 Steven Smith: Brad Haddin will be right behind me; Michael Clarke excited for me to lead Australia 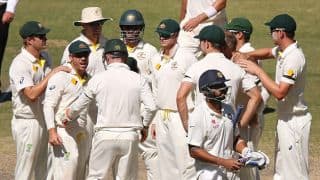