Former West Indies cricketer Alloy Lequay passed away recently at the age of 90.

Kingston: The West Indies Players Association (WIPA) has praised the late Alloy Lequay for his “valuable contribution” to Caribbean cricket. Lequay died on Sunday aged 90. In paying condolences on behalf of the union, president and chief executive Wavell Hinds said the fraternity had lost an asset, reports CMC.

“We recognise and appreciate the valuable contribution by Dr. Alloy Lequay to West Indies cricket. The world of cricket will be poorer for his passing and we at WIPA are saddened and extend our deepest condolences to his family and friends,” said Hinds, a former Test player.

Lequay was a noted regional cricket administrator who served as Trinidad and Tobago Cricket Board president and also as chief executive. He was also chairman of the West Indies Cricket Board’s (WICB) cricket development committee. 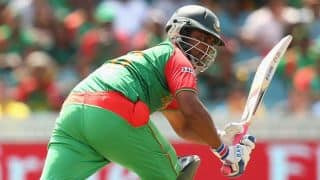