The West Indies cricket team will attend a week's training camp here as part of preparations for their upcoming tour of India. 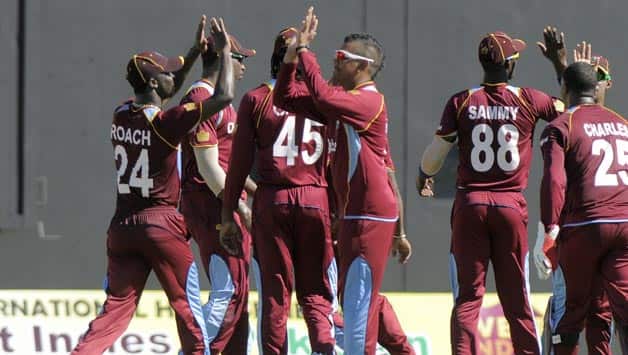 The West Indies cricket team will attend a week’s training camp here as part of preparations for their upcoming tour of India.

The cricketers will be involved in team building exercises as well as interaction with Jamaican sports psychologist Dr. Jason Scott Hamilton, who has worked with them for the last six months.

“We want to create a culture of unity, winning and overall success. We are not saying you’re not going to lose games — every team will lose games — but it is how we lose. We should always go down to the end in every game,” said West Indies Cricket Board (WICB) president Dave Cameron.

“We are for partnerships which will see West Indies cricket continue to grow. We want to see our players develop on and off the field and see our cricket reach the top again.”

The Windies have not played a Test match for almost a year now and the team has been training hard to ensure players stay fit. The West Indies will play two Tests and three ODIs games in India, commencing with the first Test on November 6 in Kolkata.

“As a team, we are working towards bigger and better things so I’m really happy to be here at the camp for this week. We have two tough tours of India and New Zealand coming up, so this will form the beginning of what we believe is something special,” said fast bowler Tino Best.

The second Test will be Sachin Tendulkar‘s farewell match and will be played in Mumbai Nov 14-18.

Following their India tour, the West Indies will go over to New Zealand for three Tests, five one-dayers and two T20 Internationals.