Andre Russell is returning to the West Indies ODI side after 32 months.

West Indies have recalled Andre Russell to their ODI squad that will take on Bangladesh in a 3-match series. Russell had returned to West Indies side for a T20 International at Lord’s, against a World XI a match that was granted T20I status by ICC. That match, played on May 31, had marked Russell’s international comeback: his previous T20I was against India at Lauderhill, in 2016. In fact, Russell had last played an ODI in November 2015. Interestingly, his last international match in any format on West Indian soil dates back to 2014.

West Indies made a quite a few changes that came runners-up in the ICC Cricket World Cup Qualifier 2018 in Zimbabwe, where West Indies lost to Afghanistan in the final. They drafted in Alzarri Joseph and Kieran Powell. Kemar Roach, still nursing an injury, has been rested, while Carlos Brathwaite, Nikita Miller, Marlon Samuels, and Kesrick Williams have all been left out.

Law added how the series is the beginning of their 16-match schedule before the 2019 World Cup: This is the start of our prep for 2019 CWC. Opportunities for players to stake a claim to be included in the squad.

Courtney Browne, the Chairman of Selectors, explained the selection: The panel will focus on giving opportunities from time to time to players that we believe can add value to the ODI team. With the Super50 Championship set for October this year, we will also have an opportunity for regional players to perform heavily and place themselves in line to be considered for selection.

West Indies will play at Providence Stadium, Guyana, on July 22 and 25, and at Warner Park, Basseterre, St Kitts on July 28. 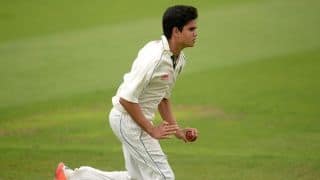 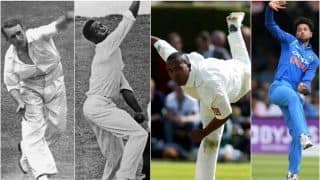