WICB statement released Friday said the new coach must have a proven track record as a world-class coach.

The West Indies Cricket Board (WICB) announced that a global search has been launched to find a new head coach for the West Indies cricket team.

A WICB statement released Friday said the new coach must have a proven track record as a world-class coach, sound practical experience in developing elite players and teams as well as at least five years experience as a head coach, reports CMC.

“These are just some of the attributes that candidates for head coach of the West Indies team will need to possess to be considered for the position,” the statement said.

The position became vacant following the resignation of Ottis Gibson in August with more than a year remaining on his contract.

“We expect a lot of interest in this position from not only within the Caribbean, but from outside the region. Our stakeholders and our fans have high expectations. Though there have been periods of success in recent times, we have struggled to consistently maintain that success over a sustained.” said WICB Chief Executive Officer Michael Muirhead.

The WICB says Gibson’s replacement must have international or first-class coaching credentials. Interested candidates must also possess key skills such as being an accomplished strategic planner, an excellent communicator and people manager and an ability to develop and improve talent, WICB said.

“The West Indies has a rich history in this game, so it is most important for us to identify the right individual for the organization, the team and the region. We must vigorously examine all options in order to identify the best possible candidate because there is a lot of hard work ahead for us to see our side sustain playing at a consistently high level in the future.” said Muirhead.

No timeline was given for the appointment of the new West Indies head coach. 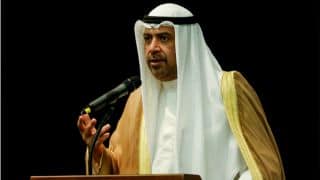 BCCI treating cricket as a business instead of sports, says OCA