The West Indies pulled out of the tour following the fourth ODI in Dharamsala.

West Indies Twenty20 captain Darren Sammy evaded the contentious issue of the abandoned tour of India, after arriving here to represent Titans in the Ram Slam Twenty20 League. The all-rounder was a member of the one-day squad which quit the tour in protest over unsatisfactory terms and conditions of new playing contracts, reports CMC.

“I am not short of cricket, as we played in India. I don’t really want to talk about the (abandoned) tour. We have always engaged well with India, and we have had a good relationship with them,” Sammy said.

The West Indies pulled out of the tour following the fourth ODI in Dharamsala, refusing to play the final game in Kolkata and the one-off Twenty20 in Cuttack. The three-Test series, which had been scheduled to start Oct 30, was also scuppered as a result of the players’ actions.

Ironically, four of the five West Indies players who will campaign in the Ram Slam were members of the ill-fated tour. Kieron Pollard will turn out for Cape Cobras, Dwayne Bravo will represent Dolphins while Andre Russell will suit up for Knights. Superstar Chris Gayle is the only player involved in the Ram Slam not to tour India – because of injury – and will line up Highveld Lions. 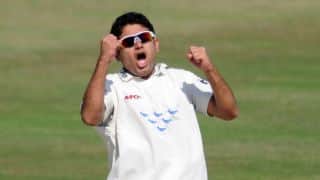