South Africa achieved their first victory as they defeated Australia by 47 runs in Match 3 of West Indies Tri-Nation Series at Guyana on Tuesday.

Josh Hazlewood has been compared to Glenn McGrath many a times and this has grown so much that probably Hazlewood seems to be tired of these comparisons. But there are some valid reasons why this pacer has been compared to the famous Australian. In the recent West Indies Tri-Nation clash between South Africa and Australia, Hazlewood was at his best despite a calamitous batting collapse that led to a 47-run loss to South Africa. The 25-year-old finished with best economical figures of 2 for 20 at end of his 10 overs. The last such economical figures could be matched was of that of McGrath. Full Cricket Scorecard: Australia vs South Africa, tri-nation series 206, Match 3 at Guyana

While speaking to foxsports.com.au Hazlewood said, “On that wicket it was very slow and low and tough to score on if you do bowl stump to stump, hit the right length … set the right fields. It can be pretty simple but sometimes hard to execute. Obviously different to the Australian wickets we play on but you’ve got to adapt … international cricket is about playing all over the world.”

The reason Hazlewood received accolades for his performance in this series was that he was not part of any tournament earlier and despite that he managed to provide economical figures. He further added, “There’s a little bit of rust there, as to be expected. We’ve obviously had that little bit of a break from international cricket but we’ve been training now for a month or month and a half. The body feels pretty good … the ball feels like it’s coming out pretty well. Still plenty of improvement but yeah it’s a good start.”

The Tri-Series now will be moved St.Kitts where Australia take over South Africa once again. Hazlewood was expecting AB de Villiers and Quinton de Kock to be dangerous with his spells, but it proved to be the complete opposite. Hazlewood further said, “I haven’t been to St Kitts but I’ve heard the outfield is small. But if the wicket’s going to be similar it is going to be hard to score.”

During ICC World Cup 2007, Australia posted monster totals of 5-358 and 6-377 at this venue. Despite Hazlewood’s excellent spells, he was unlucky with the bat as he managed to score just 11 runs and could have added 9 more runs to provide Australia their second consecutive win. 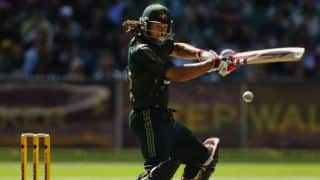 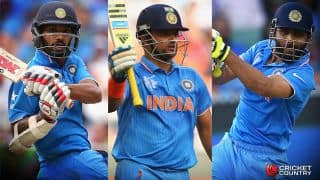 Indian cricketers must take a leaf out of Australian cricket's book