Asghar Stanikzai called the win very important as Afganistan had missed out on two other chances to win.

Nagpur: Afghanistan skipper Asghar Stanikzai today hailed his team members for defending a modest total of 123 to script a historic win against the 2012 champions West Indies in the World T20 2016 cricket tournament here today. Minnows Afghanistan beat the Windies by six runs to post a consolation win in their final group league encounter to sign off the tournament on a memorable note. “We were 15 runs short, we knew the conditions but the bowlers and fielders played very well,” said Stanikzai at the post match presentation ceremony. LIVE SCORECARD: West Indies vs Afghanistan, ICC World T20 2016, Match 30 at Nagpur

Stanikzai said it was an important victory for his team, considering that they had missed out narrowly on two previous occasions during the Super 10s. “The win was very important as we missed out on two other chances to win,” said the captain. He said playing in World T20 enabled the Afghanistan team gain valuable experience. “We know about our team’s strong points, we have experienced so much at this World T20.” READ: Afghanistan appeal to ICC for more challenges

West Indies captain Darren Sammy said his team needed to find a way to chase down small totals. “We just need to find a way to chase down those small totals. This was the only game we could afford to lose in terms of winning the cup,” said Sammy. With the West Indies having already qualified for the semi-finals, this defeat does not change anything in final equations and Sammy insisted that they would not let this loss dampen their spirits.  T20 World Cup 2016, South Africa vs Afghanistan: Asghar Stanikzai says Rashid Khan, Mohammad Nabi, Hamza Hotak are team’s strength

“Obviously very disappointed. But there’s no doubt we’re not going to let this dampen ours spirits. We have to regroup and come back strongly,” he said. Sammy also said the team did not play smart cricket and their batsman failed to take up responsibility. “However, we are in the semi-finals and have achieved our objective on which we had set out and we need to clear two more steps to win the title,” the West Indies skipper told reporters at the post match conference.

Afghanistan coach Imzamam-Ul-Haq attributed his side’s success to team effort and fighting spirit. Haq, who praised team’s bowling unit for defending a small total, also lauded the “great fielding effort” [by his team]. “The team has great talent and potential and now need greater exposure with better teams in future to improve our skills,” the former Pakistani batsman added. Playing at Nagpur during the qualifying round definitely helped Afghanistan clinch the game, he added. 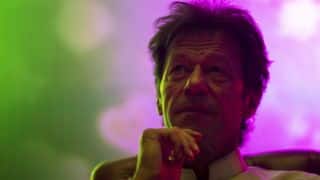 Imran Khan: Pakistan's downfall in international cricket due to PM 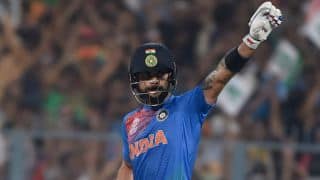 Virat Kohli: Innings against Australia in T20 World Cup 2016 has to be in top 3 of my career so far