West Indies vs England 2015: Alastair Cook wants his players to concentrate on the series and avoid distraction

West Indies vs England 2015: Alastair Cook wants his players to concentrate on the series and avoid distra

England begin their first of a three-match Test series against the West Indies in Antigua on Monday.

London: England Test captain Alastair Cook has called on his teammates to turn their focus on the first Test against the West Indies in Antigua, insisting that they should brush aside their distractions after enduring a dismal World Cup campaign.

England suffered a tumultuous winter campaign as Cook was stripped off the role of one-day captaincy prior to the disastrous World Cup.

Cook said that they must concentrate on what they control, which is the cricket, the BBC reported. The Test skipper, however, admitted that it would be ‘incredibly hard’ to win the series. 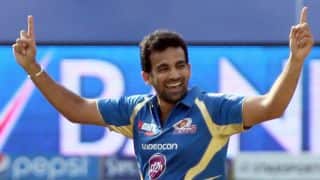