Curtly Ambrose praised the bowlers for sticking to their plans on a difficult pitch.

England finished Thursday on 373/6 in their first innings in reply to the Windies’ 299 with Joe Root striking an unbeaten 118 and left-hander Gary Ballance (77), captain Alastair Cook (76) and opener Jonathan Trott (59) all chipping in with half-centuries, reports CMC. FULL SCORECARD: West Indies vs England

“It (bowling) was very encouraging knowing that nothing was happening and to have nicked out a couple of wickets towards the end is very encouraging. Hopefully we can get those remaining five wickets pretty early tomorrow for not too many more runs,” Ambrose said. West Indies vs England, 2nd Test at Grenada: Stuart Broad says he made technical changes to bowl faster

“Shannon bowled pretty well. He bowled with some pace as well considering the pitch isn’t a quick one. He really bowled well and having not played the first Test in Antigua, he was so disappointed so he was really geared up to show that he wants to play,” Ambrose said.

“He’s still learning and willing to learn so that’s the key. I am quite sure in the not so distant future you will see a better Shannon Gabriel.”

The wicket offered little assistance to Windies seamers and both Kemar Roach and Jason Holder went wicket-less, failing to trouble England’s batsmen even with the new ball. The legendary Ambrose said in conditions such as what obtained at the National Cricket Stadium, the faster bowlers needed to be patient.

“It’s been tough. They have to dig deep. It’s all about will power, first of all, because their skills are never in question. It’s not the kind of pitch that you can blast people out, you’ve got to be patient and work to get the batsmen out that’s one of the things I’ve been telling them,” said the former fast bowler.

“If you’re not getting wickets, give nothing away and sooner or later when you get a couple of wickets, the scoreboard will look a bit differently.”

England were cruising on 329/3 at one stage during the final session but West Indies fought back to grab three wickets for 35 runs to limit the visitors’ progress. The former right-handed pacer said while the team had been buying into management’s plans, there was still a need for discipline in the execution.

“We do have our plans but one of the things that is important is that the players themselves buy into our plans because as a coaching unit, it doesn’t matter how many plans you have, if the players don’t buy into it, then you’re in trouble. But I must say, the players are buying into our plans and we just need them to carry on,” said Ambrose.

“Most of them got starts and then get out. Marlon Samuels, for instance, got to his hundred and then he didn’t carry on. To me, he needed to show a bit more patience and more maturity and go on to get a big hundred. That’s one of the things we have been preaching all along, once you get starts you carry on to get to a hundred. You get a hundred, you start again.” 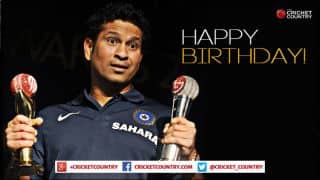 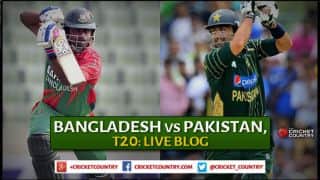