The incident occurred during the first session of play after Paul went after a cover drive from Joe Denly off Shannon Gabriel.

St. Lucia: West Indies suffered a major injury blow on day three of the third and final Test against England at St. Lucia on Monday after fast bowler Keemo Paul was stretchered from the field after suffering a quadriceps injury and in all certainty, is unlikely to take part further in the match. (West Indies vs England, 3rd Test: FULL SCORECARD)

The incident occurred during the first session of play after Paul went after a cover drive from Joe Denly off Shannon Gabriel. After sprinting to the boundary line, Paul suddenly pulled up just about 10 metres from the rope as the ball raced to the boundary. He didn t even make an attempt to save the boundary and immediately went down on his knees and left the field of play.

Paul continued to receive treatment from the physio and paramedics were called onto the field following which he was stretchered off. According to a statement issued by Windies Cricket later, Paul suffered a right quadriceps strain and is unlikely to return to field before tea . (ALSO READ: Joe Denly nears half-century as England consolidate lead)

Recoveries from quadriceps strain can take well up to six weeks or more depending on the severity of the injury which would also effectively rule him out from the five-match ODI series which gets underway on February 20.

Paul struck on his first delivery of the morning on day three as Rory Burns clipped a loosener to square leg. Earlier, he removed opener Keaton Jennings in England s first innings and returned with figures of 2 for 58. He left the field on Monday with figures of 1/11 in the second innings.

West Indies have been facing a string of injuries with Gabriel too appearing to nurse a hamstring injury. 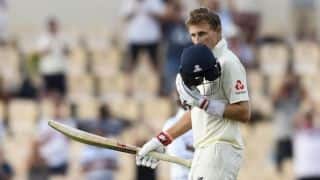