Former international cricketer and one-time bowling coach at the West Indies Academy, Vasbert Drakes has been named as assistant coach of West Indies.

Drakes, who played 12 Tests between 2002 and 2004 and 35 ODIs from 1995 to 2004, will work with interim head coach Richard Pybus for the Test series with England starting Wednesday, confirmed Cricket West Indies on Monday.

“It is an honour to be back working with West Indies cricket again,” said Drakes. “As someone who played the game at the highest level, it has always been my wish to contribute to West Indies cricket and give back to the young players. We have a tremendous group of players here, full of ambition and hungry for success. Our role as coaches is to offer leadership and sound advice and to share knowledge and create an environment of learning. I want to see West Indies cricket grow and flourish.

“I am passionate about the game of cricket and a true supporter of West Indies cricket, so ultimately I want to make a contribution to the game in the region and see the players perform at their best,” Crandon said. “I am a calm individual and I’m here to do what is required to help the team succeed …that’s what I enjoy doing, coaching and helping others.”

Drakes, who claimed 33 wickets in his 12 Test appearances, has previously coached West Indies Women to the ICC World T20 in 2016 apart from the UAE.

Also added to West Indies’ coaching setup were the Guyanese seam-bowling allrounder Esuan Crandon and former Middlesex batsman Toby Radford who served as batting coach of the international side earlier. 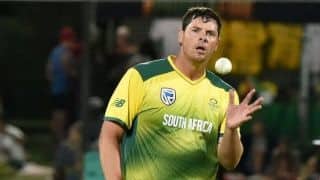 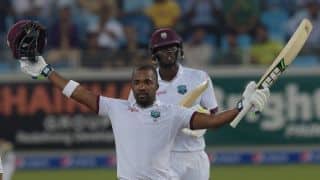