It has been a rough couple of weeks for England but Joe Root was pretty pleased to have finished the Wisden Trophy on a high.

It has been a rough couple of weeks for England but Joe Root was pretty pleased to have finished the Wisden Trophy on a high. After losing the first two Tests, England hammered West Indies by 232 runs to end the series 1-2. Root led from the front with a 16th Test century, coupled by Mark Wood‘s maiden five-wicket-haul, that gave England a handy first-innings lead of 123 runs.

“It was nice to finish on a win,” Root said. “It’s been a tough old tour and we played some poor cricket at times but I thought this week we played really well. We have to learn from some of the mistakes but we also have to look at the things we’ve done well and we did plenty of that this week.

“It was really important we won this week. There are very big games around the corner, whether it’s World Cup cricket or the Ashes, and for this team to show that ‘bouncebackability’ and strength of character holds us in good stead heading into a high-pressure summer.

A 1-2 scoreline is not what many had envisioned, following England’s series win against India and a 3-0 whitewash in Sri Lanka. With the high-profile Ashes lined-up in July, shortly after the World Cup, Root emphasises on England’s willingness to keep improving.

“As a whole group – players, management, selectors – we are always looking to improve. We have done things differently and you look at this winter compared to last winter – four wins out of six looks like a lot better,” said Root.

“If you look at things on a broader spectrum, and see this team developing – of course it’s disappointing to lose the series 2-1 – I feel that overall we are widening our ability as a team and a squad. Long term we will see that process continue.”

Root was high on praise for Wood, who claimed 5 for 41 in the first innings, an effort that the made the fast bowler finally feel like an England cricketer. An impressive showing in Wood s first Test in nine months has provided Root with a fine third seam bowling option, although the England captain admitted that he needs to be used wisely.

“I don’t think I’ve ever stood that far back at slip before,” said Root. “And I’m still nursing a hole in my hand from the first one I clung on to. It’s a great story. To go away, work how he has with England Lions and find really good form. He should be really proud of what he did this week.

“It was great to see him unleash himself and see him bowl with that pace and freedom and that enjoyment as well. You always feel you’ll get the best out of Woody when he’s enjoying himself. We might have be smart about how we use him – it’s a learning curve for me, I am by no means the finished article as captain.”

Another performance that made the victory possible for England was that of Ben Stokes. The allrounder top-scored with 79 in the first innings and struck another 48 off 75 balls in the second dig, during which he added a century stand with Jos Buttler for the fifth wicket.

“I think Ben has approached this game with more of what he is about,” Root spoke about Stokes to Sky Sports. “He will openly admit in the last year-and-a-half he has found things a little bit difficult, he went too far the other way when wickets have been challenging.

“It is great to see him come and play in the manner he did in this match. When he is firing and playing in that manner it puts the opposition under huge pressure and he definitely gets the best out of himself.” 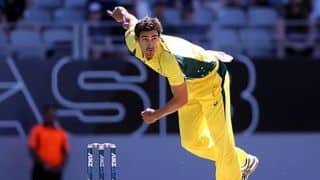