West Indies fast bowler Shannon Gabriel was given a four-match ban for an alleged homophobic slur aimed at England captain Joe Root during a recently concluded Test match between the two teams in St Lucia.

The ICC has put in place a zero tolerance on any abuse on the field by players, and we are fully supportive of that, Grave told the Newsday.

Gabriel, on his part, released a statement apologising for his behaviour but said he thought his remarks were inoffensive picong and sporting banter . Graves said the 30-year-old will take a lesson from this incident.

I am sure Shannon will learn from this, and it is disappointing he has to learn the hard way, Grave said.

West Indies won the three-match Test rubber 2-1 after winning the first two matches while England pocketed a consolation win in the series finale.

Grave is hopeful the verbal-exchange between the two players won’t be the only thing people will remember the hard-fought series for.

I think in terms of the way the series has been played. It s been played in great spirits by two teams that have gone hard at each other over three Tests. It is disappointing we are talking about one isolated incident, which, I hope, does not tarnish what has otherwise been a fantastic series in terms of the quality of the cricket and also the manner and spirit in which both sides have played, he said.

The two teams will now lock horns in a five-match ODI series beginning February 20 to be followed by a three-match T20I series next month. 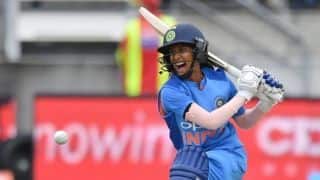 Hitting sixes one area I need to work on: Jemimah Rodrigues 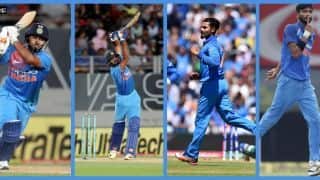