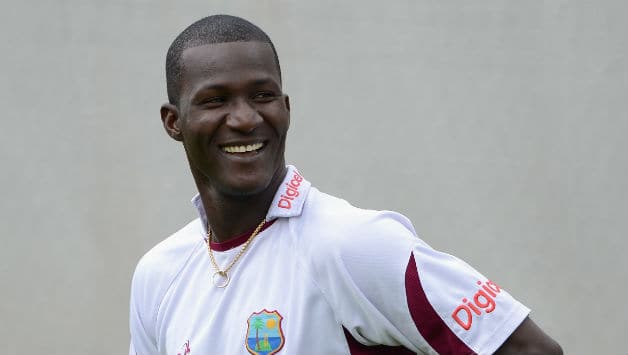 The tour starts with a game against a Ricky Ponting-led Prime Minister’s XI Jan 29 in Canberra before the West Indies players head to Perth for the first two ODIs, reports CMC.

Speaking to reporters just before the players left the Caribbean, Sammy said his team intend to take the fight to the Aussies.

“We are going down there confident and we are ready to play the game very hard. We expect Australia to come at us and we are not going to sit back and let it happen,”Sammy insisted.

Sammy says his players are match ready having participated in the Caribbean T20 tournament which ended Sunday after two fiercely competitive weeks of exciting cricket.

The Windies captain says he is encouraged by the pitches in Australia which are similar to the one at the Beausejour Cricket Ground in St.Lucia where final matches in the Caribbean T20 tournament were played.

“Going down to Australia to similar conditions like we experience in St.Lucia is good for the team. We are going down there and continue that one day series we had in the Caribbean where the scores were levelled at two-all. We are going out there to finish business down in Australia.”