West Indies and Ireland are slated to face off in two T20 Internationals.

West Indies captain Darren Sammy says his side would not be taking Ireland lightly despite the underdog status of the visitors ahead of their three-match series at Sabina Park.

The two teams are slated to face off in two Twenty20 Internationals, that starts on Wednesday, and a one-off One-Day international (ODI) on Sunday, reports CMC.

“As a West Indian team, we always respect our opponents, no matter what,” said Sammy.

“The Irish have not done well in the just-concluded NAGICO Super50, but no doubt we won’t be underestimating them as that could be a recipe for failure.”

The series, one of two before the West Indies depart next month to defend their ICC World Twenty20 2014 title in Bangladesh, is set to bowl off Wednesday with the Twenty20s. The second is set for Friday.

“We will just have to go out there, keep our focus and try to execute as best as we can.” Said Sammy.

Ireland coach Phil Simmons, meanwhile, says his team will enter the series as rank outsiders but they will be putting their best foot forward.

“The expectation when we go anywhere is to try and win and play good cricket,” said Simmons, a former West Indies cricketer.

“We are going to try and be on top of our game at all times and if they [West Indies] slip up then we’ll try and pull in.” 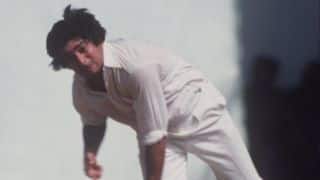